Alright, here we are 4 episodes into what has been an extremely enjoyable romp so far. Seeing as we are this far into the story already it’s a safe bet there are spoilers here for those of you who haven’t started out on ‘The Wolf Among Us’ yet. Leave now or forever hold your peace! For those of you at home who have been following along we last saw Bigby getting his right furry ass served up to him gangster style by Bloody Mary. Episode 3 ramped up everything with more questions and the investigation into the Fabletown murders getting a bit turned on its head. Despite everything pointing to Ichabod Crane as the culprit it turns out he’s just a creepy guy with a Snow White fetish and there’s much more to the story.

Leaving on such a high note with episode 3 I’m delighted to say that episode 4 ‘In Sheep’s Clothing’ keeps up with excitement and intrigue we were left with after Mr. Crane was taken away and Bigby left a bloody mess in an alley way. It does slow the action down just a little bit to let players focus on unraveling all the questions they have running through their heads but that’s not a bad thing at all. Then again, even if some questions seem to be answered there are plenty more that pop up. Regardless, if you’re playing this game up to this point you know that the best part about it is the mystery and not the high action. This episode you get one quick time action sequence and as cool as it looks it’s still just pushing buttons to make things happen. There’s obviously no true sense of danger. 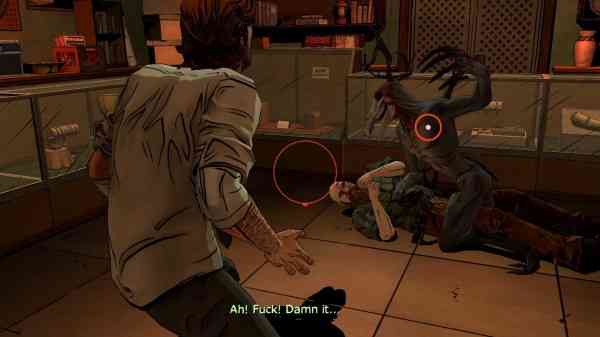 The best part about ‘In Sheep’s Clothing’ is seeing all the character development and relationships you’ve made start to come together with actual results. Relationships that you have built (or possibly shattered depending on the choices you’ve made) are having real results in game. At least that’s how it seems as I have some characters helping me out in tough situations that I wouldn’t necessarily expect to. This sort of interaction is rewarding too in that it gives those decisions with the annoying ‘****** will remember that’ some real weight as opposed to being nothing more than an immersion breaker. I still wish I could shut those off but I digress…

We’re introduced to a few new characters and as always they are pin point accurate in their portrayals. Telltale has their act together when it comes to casting and the voice work is certainly up to snuff here. I appreciate the fact that they are so well done I feel actual emotion when I’m making a decision that could possibly effect their lives. It’s strange when a game crosses that barrier of ‘playing for fun’ into ‘caring about the characters’ but it’s something I have personally come to love about this series. I find myself agonizing over my choices all while I watch the timer bar evaporate in front of me. Of course all of this is leading us towards the mysterious Crooked Man we heard about back in ‘A Crooked Mile’ and the sense of tension surrounding this inevitable confrontation is palpable. 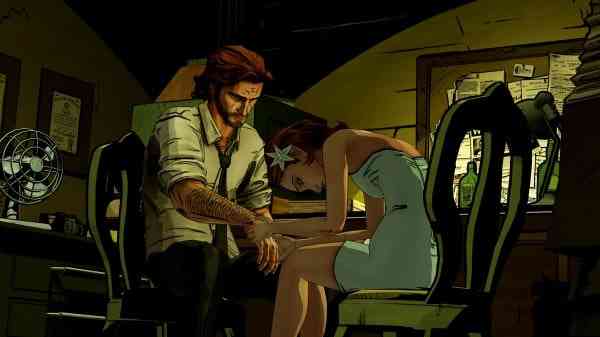 There’s only so much that can be said about a game when it’s an episodic series like this one. As I’ve said in previous reviews the sound, the art, the tone all remains the same and the only thing to separate one piece from the next is where they story leads. That being said if I tell you too much of the story then I’m ruining the game for you. It’s a real pickle but I can say one thing for sure; the ending for ‘In Sheep’s Clothing’ is the best cliff hanger so far in the series. Bigby is in a tough spot and the wait for episode 5 will be a painful one but seeing this tale wrap up is something I’m frothing at the mouth for.