Ubisoft’s Dives Deep Into the Setting and Core Experience of Watch Dogs: Legion

Ubisoft Breaks Down Why Watch Dogs: Legion Is Set in the UK and More

While Watch Dogs: Legion may have recently been delayed, the hype for the game has continued to increase amongst fans. Ubisoft has been a pretty open book about the details of their upcoming Watch Dogs: Legion and in a recent interview the game’s lead narrative designer, Kaitlin Tremblay, explained the setting and its core experience in greater depth than ever before.

In a new interview with TheGamer Kaitlin Tremblay, the lead narrative designer for Watch Dogs: Legion talked about how the latest game has brought its own unique challenges and opportunities. As it turns out, she’s most excited about the core gameplay experience of players being able to navigate the world as anyone they choose. “Our core gameplay experience is “play as anyone” and I am genuinely excited about what this means, because it means we’re not making a game with a set hero – we are letting players be the hero of their own story. And so, what this means is that all the characters in the world are characters. They have a voice, they have a personality, they have wants and desires and so being able to work on that system and in terms of like existing and writing and implementation of that has been really rewarding and I think its something that really makes Legion unique.”

As an open world title many are curious about just how large Watch Dogs: Legion is going to be in comparison to the previous titles. When asked about this, Tremblay explained that it’s hard to compare them. “For me they feel, its hard to compare, they feel roughly the same, but London is so bursting with life, we have so many playable boroughs from actual London that feel is distinct from each other that every area of the map actually feels like its own place.” She continued, “Travelling from Westminster to Camden, you feel that transition, so the map feels very alive, real, and big, because there is so much love put into each borough and making sure that that borough feels representative of what it is in the world. And then you see that reflected in the people, so people in Westminster are more likely to be tourists and kind more business versus Camden which has alternative flair to it and so its not only the map has all of these different boroughs that are unique and distinct from each other, the people within them themselves also add to that play. So, to the map and the world feel so full to me because it is.” 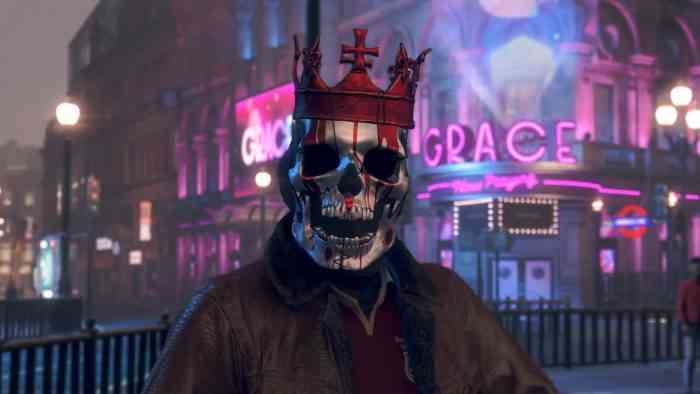 When asked why the development team chose the UK for the upcoming story to unfold, she stated that there was a lot of appeal to it. “The choice for London is multiple fold. London is one of the most watched cities and that really appeals to our theme of mass surveillance and emerging tech. We also wanted to go global with the brand and kind of take it beyond America, and London is such a striking city, it’s so iconic, and as you mentioned it is in a good place for exploring emerging tech. It’s also such a diversity as well. And so it hit all of these points for us that made it a natural setting.”

What do you think about Watch Dogs: Legion? Are you excited about upcoming game? Let us know your thoughts in the comments below and don’t forget to keep it locked for updates!


Prince of Persia: The Dagger of Time Trailer Disappoints Fans