Woobat has made its Pokemon Go debut with the Valentine’s update, giving Pokemon Trainers access to a plethora of Woobat candies as well. From today until February 25th, Tornadus the Cyclone Pokemon will be in five-star raids. A Sinnoh region event runs from February 7th to February 10th, during which Pokemon from the Sinnoh region will be appearing more often in the wild and raids. The annual Valentine’s Day event will be held on February 14th until February 17th and pink Pokemon such as Chansey and Clefairy will be found more easily during this time. 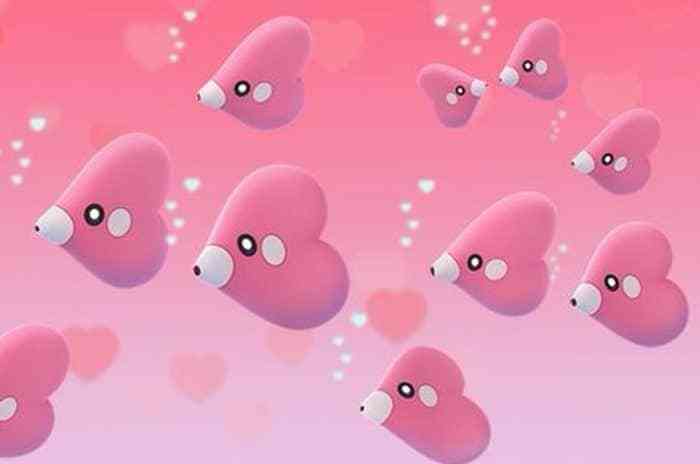 Sinnoh region Pokemon such as Bronzor, Gible, Riolu, Budew, Combee and Mantyke will not only appear more in the wild and raids during the Sinnoh region event, but also in every 7 km Eggs obtained during the event. Event-specific Field Research tasks will spark encounters with Pokemon from the region as well as Sinnoh Stones. If gamers are lucky, they might encounter a Shiny Hippopotas or a Shiny Riolu.

Audino and Alomomola will debut alongside Woobat in Pokemon Go this month but they’ll be more rare. During the Valentine’s event, regular Lure Modules will last six hours and Pokemon trainers will receive a double Catch Candy bonus. Saturday, February 15th will feature a Raid Day where gamers can catch a Lickitung in four-star raids. Pokemon trainers who have finished the recent set of Team Go Rocket Special Research will be able to do “A Professor’s Work Is Never Done.” They’ll be tasked with defeating Team GoRocket and Giovanni in order to rescue a Legendary Shadow Raikou.

Are you more excited to catch Woobat, Alomomola or Audino? Which pink Pokemon will you be going after during the Valentine’s event? Let us know in the comments below!