There was an idea called the Vault Insider Program. The idea was to bring together a group of remarkable Vault Hunters. To see if they could loot something more. To see if they could earn points for rewards to hunt the Vaults that we never could. Now that my daily Avengers reference is out of the way, the Borderlands 3 Vault Insider Program will be coming to an end. Don’t feel bad if you have no idea what that is, even if you have put a ton of hours into Borderlands 3 already. 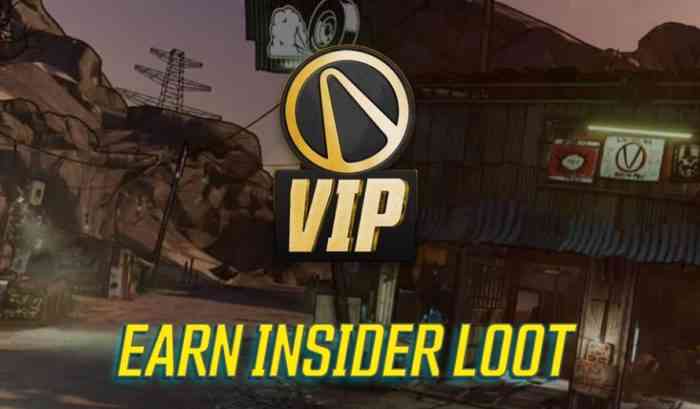 Basically, the VIP was a pre-launch program for Borderlands 3 in order to get fans hyped, and for fans to get loot and other rewards. Fans could earn points by reading news posted on the Borderlands website, watching trailers, linking social media accounts, reading tweets, looking at images, and other fan interactions. Once a user got a bunch of points, they could use them to redeem Golden Keys for previous Borderlands games or unlock hi-res images for desktop and mobile backgrounds. I used some of my points for a sweet picture of my girl Moze for my desktop. There were also chances to earn random Legendary loot by redeeming a number of special codes.

But now, we have news that the Vault Insider Program will be coming to an end on May 18th. In the 7ish months since it started, there haven’t really been any new rewards for players to redeem. Since the game is no longer in its pre-launch phase, the VIP has kind of outlived its purpose. Gearbox recently released a news post, explaining why it is coming to an end: “The Vault Insider Program focused on rewarding you for activities you could do pre-launch, like watching trailers and engaging with social content. Now that we’re well past launch, we want those kinds of rewards to be available to as many players and fans as possible, and ensure you’re rewarded simply for playing the game itself.” If you still want to make an account and collect rewards, there is still time. If you get moving and do weekly interactions on social media, you can probably collect enough points to get the things you really want. Borderlands 3 is out now on PC, Stadia, PS4, and Xbox One.

Have you joined the Vault Insider Program? Let us know in the comments below.