According to World of Warcraft game director Ion Hazzikostas, there are no plans to bring more content to Battle for Azeroth in future patches leading into the release of Shadowlands. There will be some minor tweaks and updates in the coming months, but the team’s focus has officially shifted to the upcoming release of the Shadowlands expansion and its beta prior to release. Battle for Azeroth Patch 8.3 Visions of N’Zoth was released earlier this week and Hazzikostas has confirmed it’s the last content update for the current expansion. Battle for Azeroth is available for MMO fans to explore on PC and Mac. 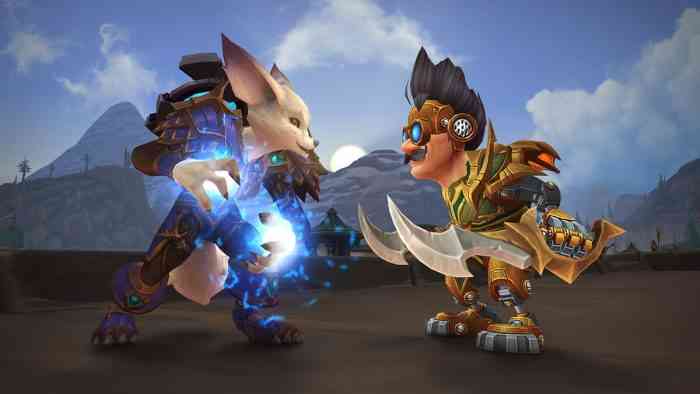 “First of all, just to get it out of the way, we currently don’t have any 8.3.5 plans. There may be some small systems tweaks or updates for stability between now and Shadowlands, but Visions of N’Zoth is really the concluding chapter of Battle for Azeroth,” said Ion Hazzikostas. “We’re excited to focus our attention on Shadowlands and the upcoming beta for Shadowlands that’ll be opening up over the course of the year.” While it isn’t a surprise that Visions of N’Zoth is Battle for Azeroth’s final big content update, Legion received a 7.3.5 patch before the arrival of Battle for Azeroth and it was a generally more patched expansion.

The game director also gave MMO gamers an idea of what to expect from the new raid added to the game, Ny’alotha. “Coming into Ny’alotha, we knew we wanted to have it be a larger raid than Eternal Palace, Uldir, or Battle for Dazar’alor. Then the encounter team gets together and starts to brainstorm; what would be some really fun things to play; what are some inventive mechanics that we could present to players that we haven’t seen before? Then we assign the bosses out and go from there.”

Are you bummed Visions of N’Zoth is officially the last big patch for Battle for Azeroth? Are you ready for Shadowlands? Let us know in the comments below!