A new expansion for the Witcher card game Gwent was launched today. Titled Merchants of Ofir, this new addition to the game will be introducing more than 70 new cards to the game. While this might be exciting for the fanbase, it has left many scratching their heads. CD Projekt Red has said absolutely nothing about this new expansion and has sprung this on players totally unexpectedly. This is nothing to complain about, but it is bizarre none the less. 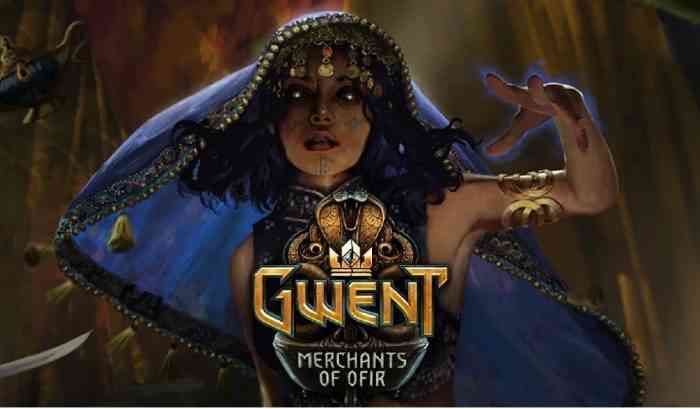 The official Gwent website reads, “They came from faraway lands — foreign and mysterious. They’ve brought marvelous wares with them — both magnificent and terrifying. On their journey, merchants of Ofir will cross paths with all GWENT’s factions; some want to trade with them, while some want to take their wares with brute force or cunning. No matter what approach you will choose for yourself, remember that Ofiri are always getting paid — if not with gold, then with blood.”

Each faction will be getting access to a new elite rare card as well as 11 new natural cards. This expansion is also going to be introducing a totally new card type called ‘stratagems.” These new cards will be both faction-specific and neutral as well. The stratagems add another layer of strategy and critical thinking to a game that is already complex and difficult. But new cards is still a good thing. New powerful artifacts have also been added to each faction. It is safe to say that the meta of this game is going to be turned on it heads thanks to all the new cards.

Gwent is currently free to play on PC and is available to download through the official website or through GOG.

Amnesia: The Bunker Set to Terrify in May
Next
Total Tank Simulator Cranks Up The Physics Next Year
Previous
Ashen No Longer Exclusive – Now Available on Steam and GOG