Play as JC Himself in I Am Jesus Christ, Coming to Steam

Did He Get His Last Name from Joseph or God?

Jesus was basically the original superhero right? Well, with that in mind a new superhero game will be coming to Steam. I Am Jesus Christ is shaping up to be a Jesus simulator. Publisher PlayWay released the trailer yesterday and you can see first-person gameplay of Jesus performing miracles. While there are satirical games that feature Jesus and other religious figures, like Fight of Gods, this does not appear to be in the same vein. It seems to be more of a true to Bible adaptation. 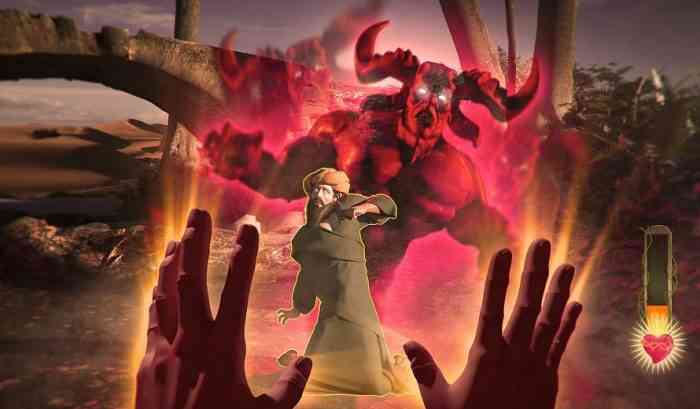 In the trailer, Jesus travels all over, using his powers to perform his classic miracles. He meets a blind woman in the desert and gives her sight, he fills a basket with fish, he even does a twofer by walking on water to calm the stormy waters threatening a sailboat. Later, he is seen stuck to the crucifix, and then emerges from his tomb by removing the boulder in the way. I’m not sure if the developers are going down this route, but his resurrection would be a perfect New Game+ or endgame opportunity.

In the screenshots on Steam, other classic Jesus moments are shown. You can wash feet, you can have supper with your friends, you can exorcise demons. I’m not sure I ever heard of that last one, but it’s in the game. Right now, there’s no release date or price listed, but you can be sure we will all be accepting him into our Steam library. There doesn’t seem to be any VR support either, even though it would certainly work well with the gameplay.

Will you be checking out I Am Jesus Christ? Let us know in the comments below.

Here’s How to Fix the New Modern Warfare Error 656448
Next
Elder Scrolls: Legends Is “No Longer Under Active Development”
Previous
PS4, Xbox One, Switch Deals That Are so Great You’d Think Black Friday Deals Never Left