Elder Scrolls: Legends Is “No Longer Under Active Development”

All good things must come to an end. Also, everything that’s not as good. Everything ends. That time seems to have come for Bethesda’s digital card game Elder Scrolls: Legends. Yesterday, Bethesda officially announced on Reddit that there would be no new content coming to the game. If you don’t know what Elder Scrolls: Legends is, that’s probably why it is being canned. It may just not be profitable enough to keep making content for. It’s not that Legends is gone now, just that there will be no new content. It will still be supported by Bethesda. 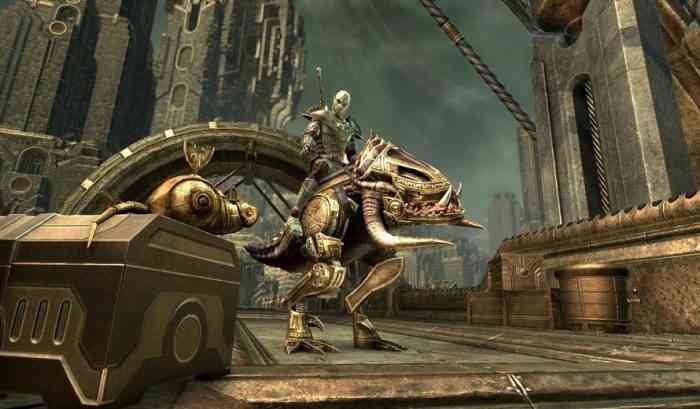 Part of their announcement reads, “you can still download and play Legends on all existing platforms and compete online as well as in the single-player modes. We will also continue to support the game with monthly reward cards and regular in-game events. New expansions and other future content, however, are no longer under active development. We will continue to provide ongoing maintenance support. To thank you all for supporting Legends these past few years, and for continuing to play with us, we are giving away The Tamriel Collection – an assortment of new, three-attribute cards and more – to all players for free upon their next login.”

It is unclear if The Tamriel Collection being given away is just for players who already have an account or if new players will be able to pick it up as well. Elder Scrolls: Legends is available on PC and mobile devices. There were plans to release it on PS4, Xbox One, and Nintendo Switch, but it appears those release may also be halted.

Are you an Elder Scrolls: Legends player? Let us know in the comments below.

Fallout 76: A Colossal Problem – A Questionable Event Name
Next
Ryan Reynolds Is Basically an NPC in the Free Guy Trailer
Previous
Play as JC Himself in I Am Jesus Christ, Coming to Steam