The Next Gears Will Continue Gears 5 Systems

The Coalition recently confirmed during an interview that changes to the Gears formula made with Gears 5 will remain in place for future installments. The Coalition plans to advance systems like the RPG mechanics and progression, open world sections and the stealth sections of their future Gears games. The studio also intends to focus on player choice and the impact of those choices in the next Gears title just as they did with the newest Gears. Gears 5 is available on Xbox One and PC and it’s on the Game Pass subscription service available on both platforms as well. 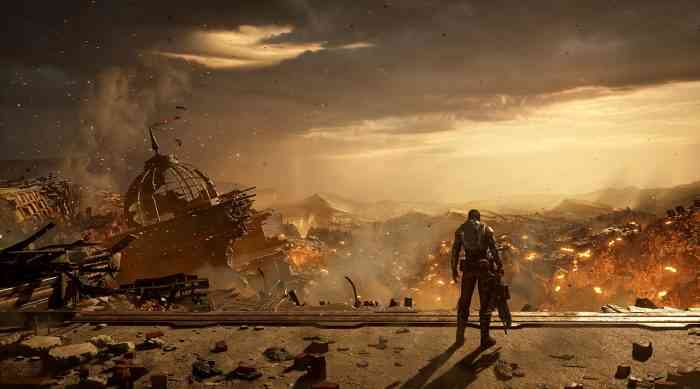 “Gears 5 took some leaps forward in how we think about a Gears game, and as you mentioned, fans responded positively,” said Gears Campaign design director Matt Searcy. “Gears 5 was all about laying the foundation for the franchise to steer it into the future, so it’s safe to say we’ll continue to build off this foundation in the future so we can continue to surprise and delight fans as we look forward to whatever might be on the horizon.”

We’re looking forward to seeing how The Coalition is able to further advance these systems they’ve set in motion with Gears 5 and where they’ll take the story from here as the formula feels more fresh than any other Gears sequel. Apparently The Coalition realizes that the changes made to the Gears formula will be what carry the franchise forward into the next generation of consoles. “A huge goal and pillar of Gears 5 was player choice, and it’s definitely something we’ll be looking to build on going forward.”

What’s your favorite change The Coalition made to the Gears formula with Gears 5 and do you hope in continues moving forward? What’s something new that you’d like to see from the next Gears title? Let us know in the comments below!