Star Wars Jedi: Fallen Order recently received an update to fix small issues, including UI changes and improved collision. Most of the fixes focus on preventing gamers or objects from getting stuck in certain areas and BD-1 seems to have received a lot of attention as well. Several issues that prevented gamers from accomplishing sidequests or progressing the main story are some of the most essential changes. Star Wars Jedi: Fallen Order is now available on Xbox One, PC and PS4. 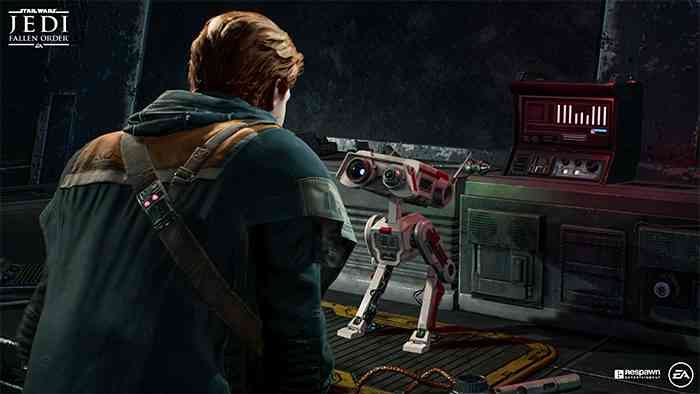 Although BD-1 has warmed the hearts of Star Wars fans just as baby Yoda has, many gamers have encountered issues with him such as an issue that sometimes caused BD-1 to turn invisible after completing Bogano. BD-1 will also no longer disappear during a later section of the game and interacting with him during the AT-AT scene on Kashyyyk will no longer break the scene. Apparently BD-1 has caused more problems than expected. One of the most important fixes for us is the issue which prevented gamers from locating the double bladed lightsaber on Dathomir, so now we can finally fulfill our dreams of being Darth Maul.

The dev post on Reddit explains the Force bar has had its colour altered, making it easier to read. Gamers will no longer be able to glitch through a wall on Ilum and a missing bridge on Dathomir has been located and it will no longer block game progress. On the opposite end of the coin, gamers can no longer bypass a specific area on Dathomir that requires double jump. Though some gamers may have been skipping content without double jump, some were getting stuck during the Force Push trial, this glitch has also been fixed. The collision on Bogano and Ilum has been fixed as well to anyone who noticed.

Did you encounter any of these specific issues in Star Wars Jedi: Fallen Order? What’s your favorite and least favorite part of the game? Let us know in the comments below!