Two Point Hospital Has Been Delayed Until 2020

Two Point Studios confirmed earlier this year that Two Point Hospital would be releasing for PS4, Xbox One and the Nintendo Switch but the developers have delayed the release to optimize the experience for each console. Management simulation games are notoriously hard to port to console but Two Point Studios wants to get each port of the game right. Two Point Hospital is expected to release in the first half of 2020 after this delay. The theme hospital spiritual successor was initially slated to release Two Point Studios and SEGA will need the extra time to make the game great for each console. 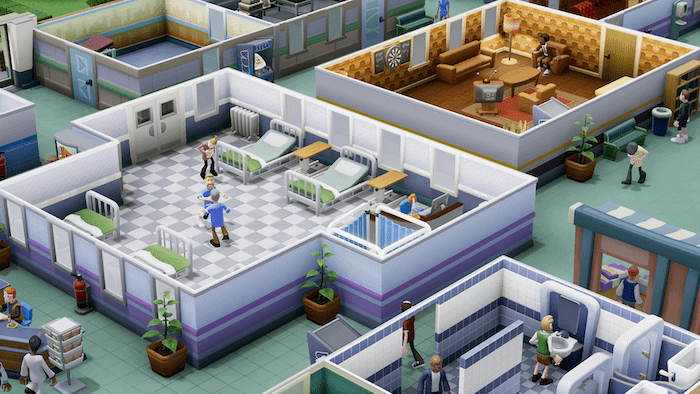 “Our community have asked for Two Point Hospital on consoles for a while now and we want to make sure we deliver a game that can be enjoyed to the fullest on all platforms,” said Game Director and Two Point Studios Co-Founder Mark Webley. “This means we will need a little bit more time to optimize the game to ensure the best possible experience across all platforms.” The studio is porting Two Point Hospital with the help of Red Kite Games and SEGA intends to continue producing more Two Point simulation titles moving forward. Are you curious what we though about Two Point Hospital? Check out our review here!

Apparently the engineering work requires a significant amount of more time to iron out the kinks in Two Point Hospital and we’re hoping that the developers have delayed it to a date that’s better for them. Borderlands 3 is an example of a recently released title that was met with delays and we think they did a great job with the extra time. Apparently the tricky programming puzzle of making the game playable on each console requires taking the game apart and figuring out how to fit it into what is essentially a smaller box.

What’s your favorite management simulation game past or present? Were you a fan of the Two Point Hospital title on PC? Let us know in the comments below!