Developed by Gearbox Studios, the highly anticipated next step in the franchise which defined the very notion of looter shooters, Borderlands 3 is finally here and it kicks off with a bang. Right from the start, you’ll see familiar faces get bossed around by Claptrap, and marvel at the distinct graphical styling that makes Borderlands so unique. It’s a game we’ve been dying to see for years, but could it possibly live up to the monumental hype we set for it?

As the Crimson Raiders continue to fight to protect the Vaults strewn across many worlds, you’ll pick from Amara, Fl4k, Zane, and Moze as this round of bat-shit crazy vault hunters. Recruited into the Raiders by everyone’s favorite siren, Lilith, the plot of the Calypso siblings begins to unfurl. Exhibiting the most flamboyant and loathsome traits from modern streamers, the Calypso’s have banded together the various gangs under one new, unified banner: the Children of the Vault. They worship the Calypso’s as gods and already this game is delivering far beyond what we expected.

Borderlands is known for its oddball humor, colorful side quests, and easy to follow narratives. Borderlands 3, however, takes all of that to the next level with a complex plot, foreshadowing, new challenges, and some much more intense battles than we have seen before. Being able to finally leave Pandora and travel to different worlds means new biomes, environments, and enemies, which the game dishes out in beautiful detail. Enemies, of course, are still merely bullet-sponges to shoot at but the vast array of enemies keeps you on your toes and moving at all times. If you were looking for an overhaul to combat mechanics in this one it really isn’t here; AI is just as you remember it for better or worse.

Whether exploring Pandora with some nostalgia or entering Killavolt’s Battle Royale, it feels familiar but incredibly new. The chance to fight in a complex urban setting is wonderful and leads to a whole host of new tactics that make the experience feel fresh. It’s been seven years since the release of Borderlands 2 and since then the multiplayer market has only expanded exponentially. Featuring both online and couch co-op options, Borderlands 3 steps even further into the RPG-lite elements with new customization options to make your character stand out in a squad. New faces, costumes, custom colors, emotes, and more can all be altered with some outrageously distinct options.

With the main feature of the game being its bazillions of guns due to randomly generated loot drops as well as all-new secondary fire features, the chaos has never been quite so… well, chaotic. I played as each of the characters and found the randomization of loot to be quite varied both in weapon type and abilities associated to them. Moze has one of the best submachine guns I have found to date, but Zane struggles to find any sort of worthy rocket launcher or sniper rifle. In fact, one of the early blue handguns that dropped is STILL my best handgun several levels later. While I applaud the ambition of having so much variety in stats, manufacturers, and abilities, the drops themselves don’t feel varied enough to give me a real smorgasbord of chaos. It took about four hours of playing before I saw an assault rifle. 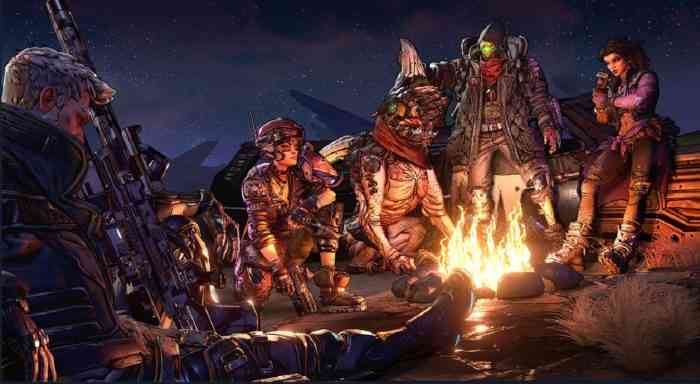 Each of the new Vault Hunters are incredibly varied from the start and play a variety of integral roles in a unit.  Amara is your melee tank and bullet sponge, she can take a hit and keep on swinging. Fl4K is incredibly tactical, able to stay back and let his animal minions do the work while giving them crazy buffs. Zane is the most versatile with the ability to sacrifice grenades for the use of a second ability. Moze is definitely your high risk – high reward character, able to sacrifice health to deal more damage and devastate the landscape with her mech. I went into Borderlands 3 expecting to love Fl4k the most but I quickly found the versatility of Zane to be perfect for my playstyle. He has so many great abilities and his psychotic ramblings are truly inspired. Borderlands 2 had a superior supporting cast compared to its Vault Hunters, but these newcomers in the sequel are top-tier creations and their vast array of skills and unlockable secondary abilities leaves so much room for creativity and individual identity online.

Let Me See Your Hands Clap

It’s hard not to notice the societal commentary Borderlands dances around when it comes to social media and evil corporations. It does this with a similar sense of humor to South Park, taking the subject matter and blowing it out of all sensical proportion into something hilarious and in so doing they managed to create this chaotic slapstick environment that is somehow relatable. The game does feel more bombastically large, with bigger maps and many more enemies gunning to remove your head which adds not only to the narrative but the sense that the series as a whole is turning it up to 11. Borderlands 3 has shaped up to be everything you want in a sequel: the graphics are slicker, the core appeal is intact, and there are plenty of new additions to keep it fresh without alienating the fan base.

Borderlands 3 is the battery-acid fueled, over the top explosive experience we had hoped it would be. It hits almost every mark of what we want out of a sequel with an exemplary new cast, returning favorites from across the series, and staying true to the franchise at its core. This is still a title full of psychopaths trying to murder anything that moves with bazillions of guns, but after the first few hours, you can see how the series has grown. With new locations to visit, an intriguing plot, loathsome villains, and all of your favorite characters coming back to help save the day – even if many of them are only cameos – it only falters in its simplistic AI which we have grown to know too well. It’s not trying to rewrite gaming and be wildly innovative, it just wants to let you shoot stuff with an exploding burger launcher. Seriously. Borderlands 3 is sure to be a contender for GOTY and it can only get better with more content and bombastic badasses. 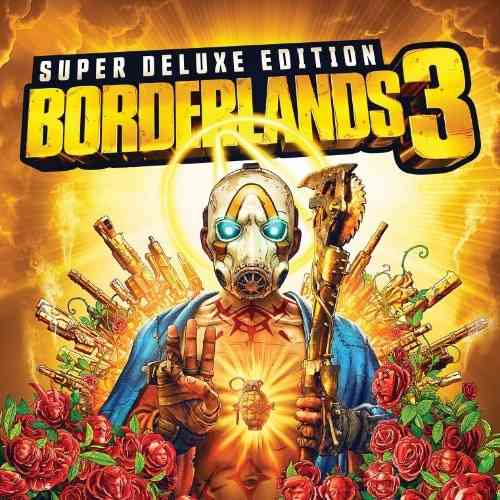 Ready or Not’s Development Update Shows Off A Map In Development
Next The Sims 4: Realm of Magic Review – We’re Off To See The Wizard
Previous NBA 2K20 Review – For The Love of Money