This Game is Sure to Strike your Funny Bone 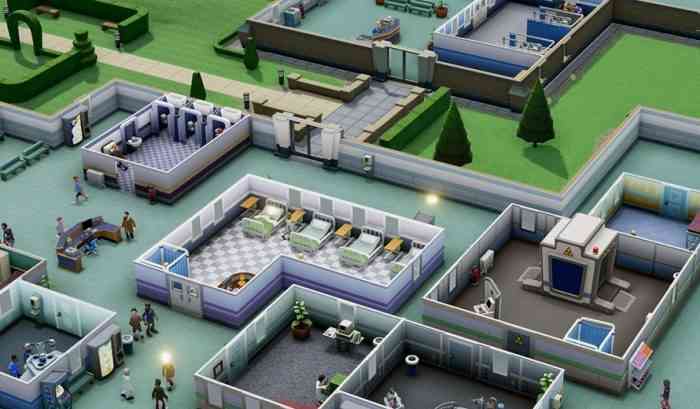 In case Two Point Hospital flew under your radar, players manage a hospital. As the hospital grows, more and more responsibilities fall to the player. Managing employees, expanding and building different forms of treatment, curing patients; perfect for the micro-managers out there. The goal is to grow the hospital empire until all of Two Point County is covered. In the new DLC Pebberly Island, the player must aid the explorer Wiggy Silverbottom. He is on a quest to discover the secret to immortality. His only weakness: germs. The player will have to start up an extension of their hospital empire on Pebberly Island and expand until the spring of immortality is found.

With the discovery of strange new lands, strange new diseases are also found. For every wild illness, there is an equally wild cure. In the base game, Turtlehead is cured by sucking the patients’ heads with vacuums until they return to normal. On Pebberly Island, an illness appears to turn people into human-sized chickens. Who knows what cure will need to be applied? And there are more new diseases than just that. Pebberly Island is available on March 18th.

Will you be trying out the new content for Two Point Hospital? Let us know in the comments below.