Nintendo recently posted a recruitment ad on Twitter, hiring developers for a 2D game in Kyoto and a 3D action title in Tokyo and speculation is running wild. The ad includes Mario images and the only Nintendo based team based in Tokyo is Production Group 8 who developed games such as Super Mario Odyssey, Super Mario 3D World and Captain Toad Treasure Tracker. This information seems to indicate two new Super Mario games are about to begin development, likely exclusive to the Switch though nothing has been confirmed yet. 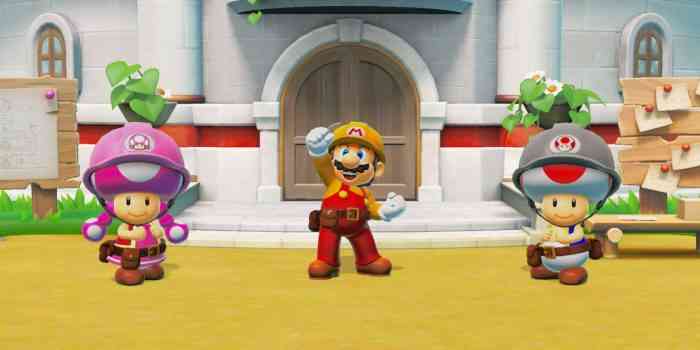 The company doesn’t specifically mention any new Mario games in the recruitment ad but the images strongly hint at one and they specify both a 2D and a 3D title. We’re curious if these two games will tie in with each other or if they’re standalone experiences. This is also interesting timing after the recent bankruptcy of AlphaDream, could Nintendo be ready to develop new Mario RPG’s of their own?

One of the likely projects Nintendo is likely considering is a port of Super Mario 3D World to the Nintendo Switch and we’d like to see that happen after the lackluster response to Wii U. We thought Super Mario 3D World was one of the most perfect Wii U titles and Super Mario Odyssey is the clear definitive 3D Mario experience to date. Considering this track record, we’re excited to see the next 2D and 3D Nintendo titles and hope the Mario images in their ad are an indication of things to come.


Kick off a Brand New Year With Some Mega Console Deals

Mario Kart Tour is Getting Festive With New Winter Update