It’s awful bold of games like Mass Effect and Halo to assume that any alien life out there is anything like us. I mean, legs, arms, torsos; there are tons of creatures on Earth that get along fine without those things. If there are aliens out there, they have probably transcended opposable thumbs, ankles, and other appendages we find on our bodies. The height of biology is just being a hivemind race of spherical flesh and tentacles. If that sounds scary, it’s probably because humans just aren’t ready for that kind of thing. The upcoming game Moons of Madness has got the right idea. 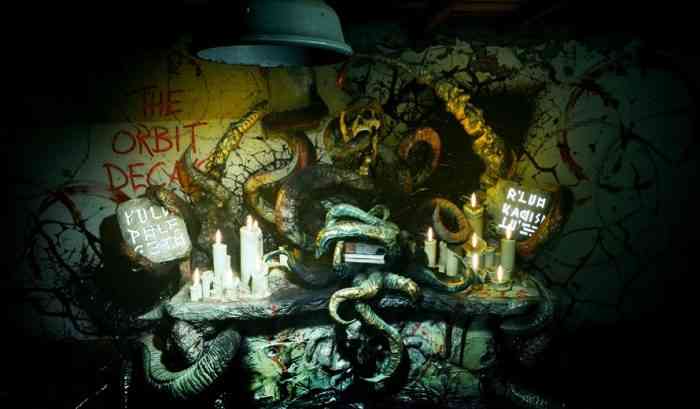 Publisher Funcom and developer Rock Pocket Games describe Moons of Madness as a “Lovecraftian” and “cosmic” horror game. It looks like of like a less science-y, more paranormal version of Dead Space, which did even have a kind of paranormal element to it. The game takes place on Mars, where a signal from intelligent life was discovered. The mission to make contact is meant to be secret, and in the first team there, your job is to just wait for the rest of the team to arrive. Unfortunately, Mars is not so patient and things go wrong.

This game was actually announced back in 2017, but it is finally in sight. Moons of Madness sets players out on a survival mission and any help is an entire planet away. Keeping your sanity in check will be just as important as keeping yourself alive. Moons of Madness is releasing on PC on October 22nd and on PS4 and Xbox One a few months later on January 21st, 2020. Check out the trailer above and let us know what you think.

Will you be keeping an eye on Moons of Madness? Let us know in the comments below.

15 of The Best and Most Impressive Indie Games From E3 2019
Next
Call of Duty: Mobile Controller Support Is Still on the Table
Previous
Capcom Is Making a Resident Evil 7 Prequel, but Not for Consoles