It’s pretty hilarious to consider the fun publicity Conan Chop Chop received upon its announcement and subsequent feature at E3’s PC Gaming Show this year. It had the unfortunate distinction of being thought of as an April Fools joke, taking the Conan the Barbarian universe and likening it to something akin to, say, Cyanide and Happiness in its over the top delivery and stick-figure-like characters. But alas, Conan Chop Chop is not only a real game, it’s a really fun one as well. I am a fan of rogue-like experiences. Getting a particularly good run of epic loot that makes you feel godly with the sneaking suspicion in the back of your mind that a single ill-timed dodge could mean your demise. It’s a thrill, and an absolute travesty when you inevitably fall. Conan Chop Chop presents itself as a truly mayhem fueled, multiplayer rogue-like full of charm and violence.

On my first run in the game I chose Conan himself to sprint wildly into battle with. You’ll start with a few heroes with varying pieces of armor and weapons, each with their own pros and cons. The game doesn’t set you up with a tutorial but there isn’t a whole lot you need to know: attack, defend, move, use item. You’ll gain abilities like the dash by encountering tutors but otherwise it’s as simple as you think: go out there and kill things. The area to explore is larger than I had expected, and the fact that enemies don’t respawn encourages you to explore, take your time, and return to the village for some free healing and to spend those precious gold coins. It’s also a great way to make sure you have the best gear for the situation. Areas are blocked off by environmental effects, and so unlocking them presents a new series of enemies with their own abilities. Encountering a swarm of enemies who shoot fire means it’s the perfect chance to swap out that loincloth that somehow protects against poison for a full set of armor to stop you from catching on fire.

Off With Their Heads…Everyone’s Head!

There are all manner of upgrades and gear to be purchased in town which will be randomly generated, so going back home frequently is a wise choice. Conan’s sword feels strong but it’s got a limited range and ultimately I died rather quickly learning the patterns of the enemies, but such is the nature of rogue-likes. Next I played as Pallantides with a mighty hammer and boy oh boy did the tables turn. After a few upgrades I had a huge range of attack, flame attacks, and poison resistance. I also find the block mechanic here to be incredibly forgiving, allowing you to stop damage at the cost of stamina from any angle. Sometimes lining up with an enemy can be difficult so this kind of protection makes a huge difference in Conan Chop Chop. Some of the animations when blocking still make it seem like you are getting hit so I had to keep checking my health but sure enough I was fine. 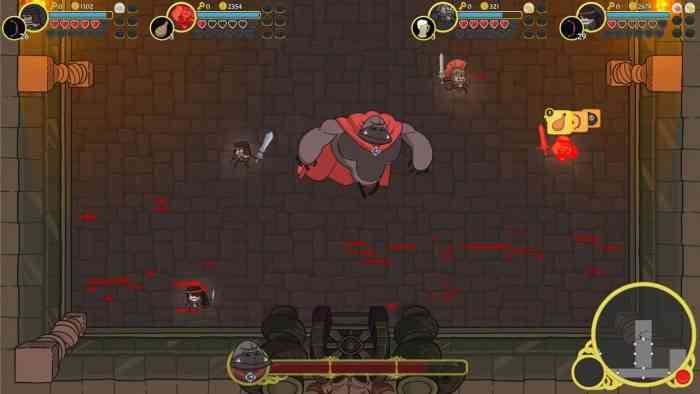 One of my favorite features in the game comes from defeating an enemy that explodes into a large pool of blood. This becomes something of a hazard in the game in which running through said pool of blood will see you skating around the area because of that slippery visceral fluid coating your feet. It is ridiculous but a welcome absurd feature. The game manages to strike a neat balance between cartoonish violence and a solid gaming experience that it leaves me very hopeful for the future of the project. Funcom and Mighty Kingdom have created not only an epic party game that is absolutely better with more players, but a compelling rogue-like at that.

Conan Chop Chop is delightful in its presentation, simple to play, and offers just a bit more content to keep friends playing together far longer than the average party game. Exploring the map and eviscerating your foes into blood and gold is satisfying, and the artistic styling is a joy to behold. While it could use a proper tutorial and a few minor tweaks to animations, the game already handles like a dream and I am quite optimistic for the final product to hit come late February on PC, PlayStation 4, Xbox One, and Nintendo Switch. 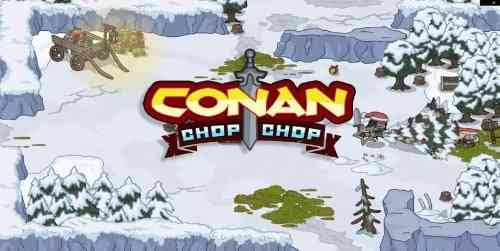 
Story of Seasons: A Wonderful Life Will Officially Launch In Summer