Procedurally generated worlds are mostly used for Roguelikes and dungeon crawlers, but there’s always been the potential to apply the design ethos to another genre. In Wildermyth, you play a procedurally generated RPG; story, characters, the whole thing. It’s a unique hook. The game has a lot of promise. It’s also in early access so it’s a bit hard to tell if this is a cool experiment, the inspiration for future games, or the early stages of a masterpiece being created.

The story of Wildermyth always starts roughly the same way. Three young farmers answer the call of destiny when their village is attacked by an evil force. Really typical fantasy stuff, eh? So you probably figured out that one of them becomes a strong warrior, one becomes an agile archer, and one becomes a mystical wizard. The setup is about as generic as these things get and indeed, a lot of the broader sweep of the story is always kind of boilerplate. The devil is in the details.

Every hero in Wildermyth, from the three you start with, any children they might have, or friends they meet along the way, is imbued with attributes. Their main personality is expressed by a combination of two. A hotheaded leader. A bookish peacemaker. A cowardly poet. Those personality combos then get slotted into story situations. Some of these are quick and exciting, like having a hero fall into a hidden pit. Some build the world and backstory, like when your hero remembers the name of the forgotten wolf god … and potentially, based on your choices, become a werewolf, changing how they play and giving them more personality aspects. 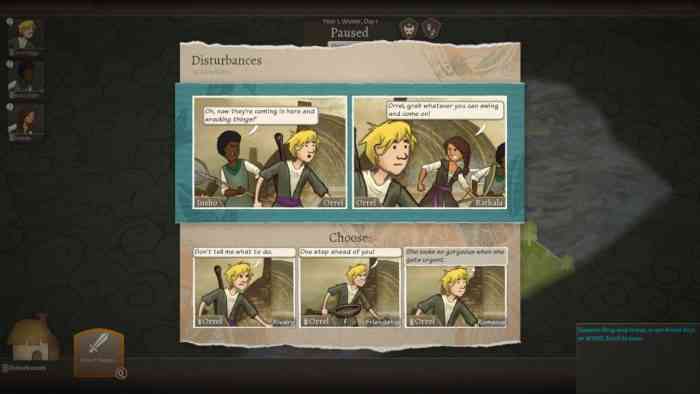 Gameplay is a pretty standard tactical RPG. You send parties of heroes to different corners of the overland map, triggering choice-based event encounters and grid-based tactical combat. Everything is presented in a simple paper doll style, which is appealing and (best of all) easy to swap out assets. This was a genius design choice. Not only is the cartoony style timeless, it’s easy to swap in different heroes.

I’ll give you an example. One event that has come up in every game I’ve played is a conversation between the heroes. They ask each other what they would do if they weren’t called to action and fate. The basic conversation always plays out the same way — one hero is distracted, longing for a simpler life and they ask the others about their secret hopes and dreams. But those aspirations are based on their personalities. The cowardly poet probably just wants a cozy house where they can store all their tomes. The bookish peacemaker maybe wants to go apprentice with a mysterious witch. The hotheaded leader can’t imagine what a life without fighting would look like. And so on. 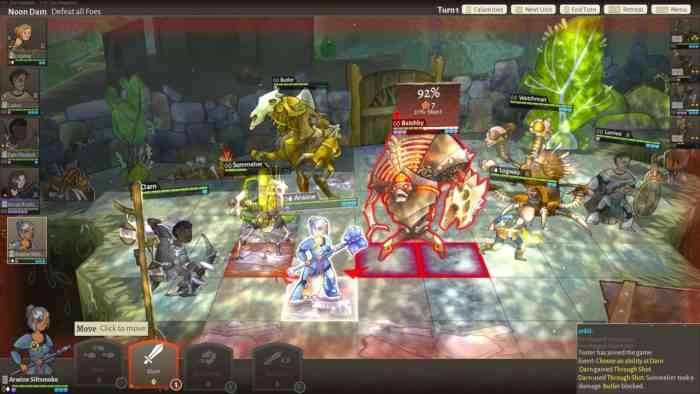 As I glance at how I’ve been describing this game, I notice I’ve used the same words a lot. Simple. Basic. Standard. It’s true that each system and mechanic of Wildermyth feels pretty stripped down, like the difference between Persona (a complicated JRPG) and Pokemon (a simple JRPG). But when you consider how many simple interlocking systems Wildermyth has, you realize that simplicity is a necessity. Otherwise, you couldn’t develop weird story combinations.

Currently though, Wildermyth has a lot of unrealized potential. The real alchemy happens in the unexpected combinations. Two companions fight evil as friends, but then one of them falls in love with their friend’s child. A goofy prankster is heartbroken when their rival is killed by monsters, not realizing how much they relied on each other. Those powerful emotional story beats happen naturally, but currently there aren’t enough variables to make the stories really surprising. There are more similarities than differences. 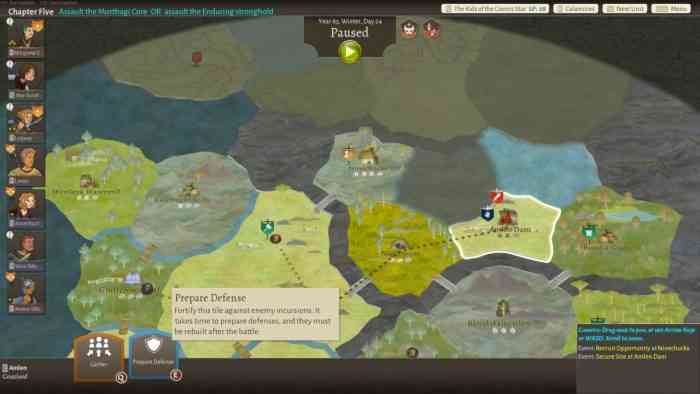 That’s likely to change for a couple of reasons. The first is that Wildermyth is in Early Access and it’s clear there are ambitious plans. There’s lots of room to add more stuff. You can see placeholders in the menu for future campaigns, and other design choices lead you to believe there’s going to be more variety down the road. Why specify that every character is “human” unless you planned to add in more playable races? The way the dev team has added in different evil factions makes me think they’ve got some more planned there, too.

But the big potential lies in modding. Currently, the tools are a bit tough to wrap your head around (unless you’ve got a background in coding and/or game design), but there are helpful guides both in the game and online. And I haven’t been this excited to try out user modules since the original Neverwinter Nights. The more exciting event in the game, the more I am going to want to replay it (and I’ve played an alarming number of hours in just a short period of time). And anyone can make an event, or whole storylines, or whatever they imagine. And then you can download those events on Steam workshop, beef up the base game, and play this thing forever. At least, that’s my dream.

Yakuza: Like A Dragon Live Stream Coming Next Week