Moons of Madness is a first-person horror game that starts off strong with its Lovecraftian space vibes. The opening segment, while not delving into spoilers, invokes a sense of dread and set me up for an experience I thought would carry forward with its own momentum. Wow, I thought to myself, we’re already deep in the scary stuff! Can’t wait to unravel this plot.

But oddly, as with most issues with Moons, it decides to change direction into a more standard affair, dialing back the horror by nearly 100% and dosing it out in erratic and weirdly-paced fashion.

In Moons of Madness, you play as Shane Newehart, an engineer with a knack for fixing everything on his Mars base, even stuff broken for spooky reasons. There’s also an oddball botanist on the base and a scientist who’s grumpy for reasons not immediately obvious, but her accent is so bad she may as well be a villain from early Bond films. Your tasks are set before you, and it doesn’t take long to realize there’s something odd going on at this base. Lights keep flickering. Power keeps going out. Creepy shadows in the corner of the screen. You get the idea.

While Moons does a great job at instilling a sense of dread mostly throughout its run time, and it packs a wonderful visual punch, it hiccups and runs over itself a little too much to propel its story into the SOMA-like stratosphere. While I can get past the writing quirks, the odd story pacing, and some stilted dialog that may as well come with a label “FOR EXPOSITION PURPOSES ONLY”, I couldn’t get past the tedious gameplay. 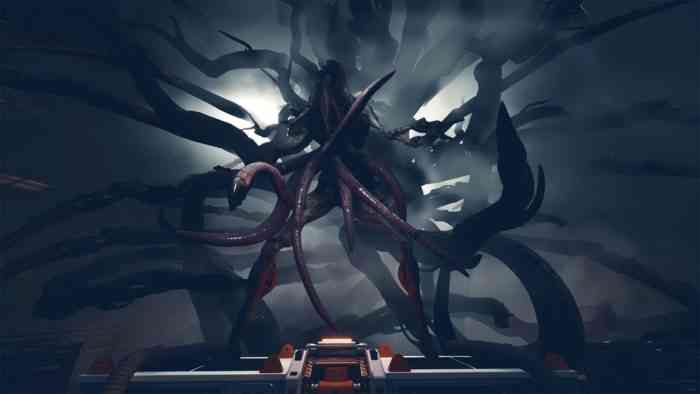 Hey Shane, can you fix this? Okay, I can, but can you unlock the door for me, kind doctor person? No? Oh, you’re really going to make me trudge for what feels like 25 minutes through murky water, turning valves because your science is “precious”? Seems legit. Oh, I see. You wanted me to see some spooky stuff underneath here, so you didn’t unlock the door. Neat, but now I have to find three more things to fix this other thing.

For every jump scare, there’s at least five rote tasks that need doing. Find the button, Shane. Turn on the power, Shane. Rotate this thing, Shane. My god, poor Shane. The guy probably wants to spend more time thinking about all the evil happenings on the base but everywhere he goes, he has to fix something and they won’t even give him the proper clearance. Other games in the genre know how to mask the tediousness, often through wonderful dialog or immersive characters, but Moons can rely on neither.

Visually, Moons of Madness knocks it out of the park. The space station feels believable, with a bunch of tiny lived-in details, like a working coffee machine, or usable computers and notebooks. The lighting and art direction do much to lift you out of the tedium and it all really comes to life toward the end. It’s just a shame that getting there is burdened heavily by a slow moving walking simulator where I need to keep filling up my suit’s oxygen because I can’t find the next doohickey thing I need. 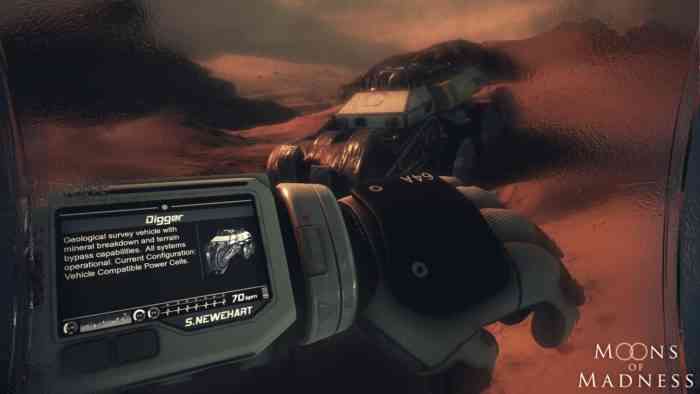 It’s just too bad that, for what Moons promises, it so rarely delivers. I wanted to be swept up in the Lovecraftian madness, but too often I found myself frustrated from lack of direction or rote fetch quests. Some of the creatures you meet promise intrigue and terror, but some of them too are oddly conceived. And while you can’t fight the monsters here, you can run like SOMA, but where SOMA was thoughtful and left an impression on me to this day, Moons of Madness gets in its own way, hoping visuals can carry it through. It doesn’t quite hit the mark.

Tormented Souls is Creepy & Will Spook Your Soul