Use Your Joy-Con Like a Laser Pointer With Overwatch

Get Pinpoint Accuracy With Joy-Con on Overwatch for the Switch

Speaking with Vooks, Principal Game Producer for Overwatch, Wes Yanagi explained various controller options and other details about Overwatch: Legendary Edition for Nintendo Switch. Gyro-aim support in the controller options allow gamers to optimize their aiming experience, whether they prefer traditional controls, slight gyro-aim or detach the Joy-con and point them at the screen for pinpoint accuracy. Overwatch: Legendary Edition will release with the exclusive control mechanics on the Nintendo Switch on October 15th. 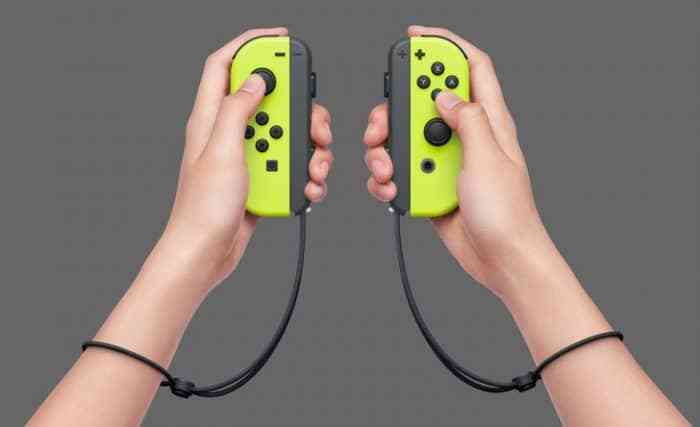 “A lot of work went into looking for areas we could optimize performance and finding the right visual setting that looked and felt like Overwatch,” said Wes Yanagi. “While it’s easy to focus on the graphics when thinking about performance, there were a lot of other systems like physics and audio that contribute to the overall frame rate. We spent a lot of effort optimizing those systems to make the game feel just right.” Wes Yanagi expresses confidence in how Overwatch will handle in portable mode as he and the team developing it are excited to play Overwatch on the go.

These optimizations are likely to keep the performance of Overwatch solid, regardless of if the Nintendo Switch is docked or if the gamer is playing on the go. He continues to explain the difference in controls between the Legendary Edition available on Xbox One, PC and PS4 compared to the Nintendo Switch and why gamers should try the game on Switch.

“With gyro-aiming you can tilt the Switch or Pro Controller to give a little nudge to your aim to help line-up shots. Or, you can detach the Joy-Con and point it at the screen like a laser pointer. One of our designers plays this way and dominates.” Wes Yanagi infers certain heroes will benefit from this feature more than others, “I think hit-scan heroes will benefit a lot with gyro-aiming.”

Which hero do you think will benefit the most from the gyro-aiming options? Which gyro option shown off in the trailer interested you the most? Let us know in the comments below!

World of Warcraft: Dragonflight Made It Easy to Reach Level 60
Next
Destiny 2: Shadowkeep is Off to a Rocky Start
Previous
Money Buys What You Need in Ghost Recon Breakpoint