During PDXCON, the upcoming Heavy Metal expansion was revealed for BATTLETECH with a release date of November 21st. Heavy Metal includes a lot of additional content and changes to BATTLETECH, including eight new Mechs, new mini-campaign and a plethora of new weapons. PDXCON is Paradox Interactive’s gaming universe’s epic gaming celebration in Berlin which featured several franchises from Paradox Interactive. BATTLETECH is available for PC, Mac and Linux while Heavy Metal is part of the game’s season pass or costs $19.99 separately. 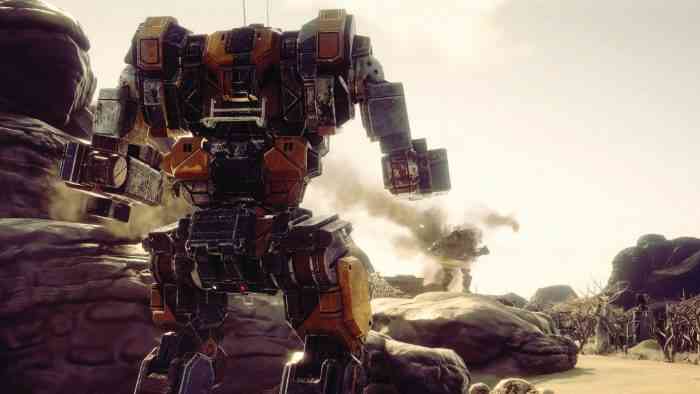 BATTLETECH gamers should look forward to eight new weapons systems to add to their arsenal and Seven Classic BattleMechs being added to the game with Heavy Metal as well as one Mech designed exclusively for the expansion. Each Mech includes unique equipment that reflects their flavor and lore and fans of the BATTLETECH board game will be familiar with most of the roster additions. The COIL Beam generates more energy the further the attacker travels before firing, while the new Mech Mortar is the first AOE weapon in BATTLETECH, capable of destroying multiple units at once, a perfect fit for light Mechs.

The Flashpoint mini-campaign follows two legendary characters from BATTLETECH lore: the Black Widow of Wolf’s Dragoons and the Bounty Hunter. The mini-campaign “weaves its way through your mercenary career to the point when you become an elite MechCommander, capable of facing off with two of the most legendary MechWarriors in BATTLETECH history,” according to BATTLETECH Game Director and co-founder of Harebrained Schemes, Mitch Gitelman. A derelict cargo ship has drifted into the Periphery from deep space in the mini-campaign. What secrets does it contain and who will end up controlling its mysterious payload?

What’s your favorite Mech game and is it BATTLETECH? What’s the part of Heavy Metal that interests you the most? Let us know in the comments below!


Crusader Kings 2 Is Free on Steam Coinciding with Sequel

Build A Boozy Kingdom With Empire of Sin