When was the last time you were able to jump into a mech suit, fly effortlessly through the air, and blast enemy robots at high speeds while listening to rock and metal? While some games have one or two of those features, Daemon X Machina does it all with style. Produced by Kenichiro Tsukuda who worked on the Armored Core series, Daemon X Machina is not only the spiritual successor to the iconic franchise but simply its better. Taking everything we loved from Armored Core and improving upon it, this is a game every Switch owner needs. Care to know more? Check out our video review below.

Set in the distant future, a cataclysmic event has caused a portion of the moon to come crashing down to the planet, releasing a mysterious chemical known as Femto into the atmosphere. With planet-wide devastation, humans who were altered by the Femto were enhanced and began to pilot Aresenals; powerful suits of armor to protect and defend the people against a rogue AI program that has begun to take over technology and use it against them. The game is a fast-paced action game, letting you exit your Arsenal for additional tactics such as luring, setting traps, and even repairing a downed Arsenal. It features a wide array of colorful characters and a large bounty of customization options for armor pieces, weapons, and paint jobs. Set to a rock and metal soundtrack, each stage feels lightning quick as dozens of enemies surround you in a variety of destructible locations. 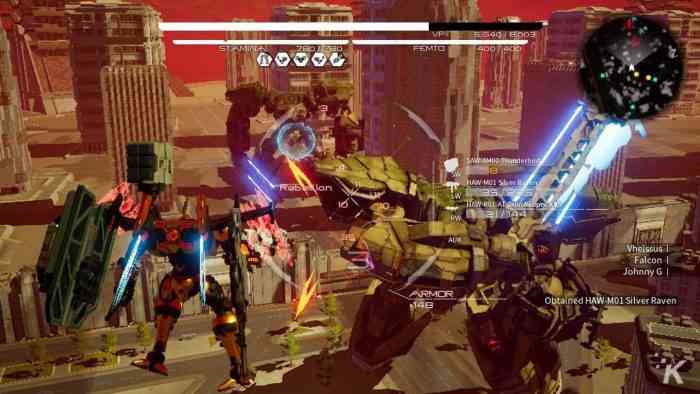 Daemon X Machina is available now exclusively on the Nintendo Switch. For more information, check out the game’s official website.