Playing Borderlands is all about being a badass. You shoot badass guns, you kill badass enemies, and you look badass doing it. But unfortunately, you can’t have your proverbial badass cake and eat it too; it’s a first-person shooter, so you can’t really get a good look at yourself. That’s just the nature of the game. Fortunately, Weta Workshop is here to rescue the badasses of vanity with brand new Borderlands 3 figures. They may not run around and shoot things like their digital counterparts, but guess what? They look really [starts with a B]… Brilliant. 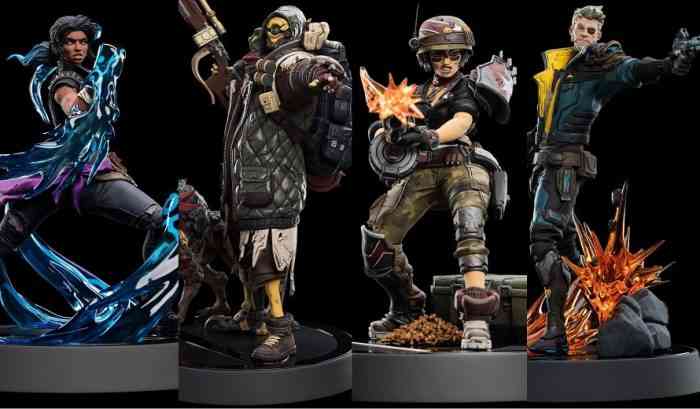 Weta Workshop is primarily known for special effects, but they also do more practical designs and even figurines. They showcased some of their figures at San Diego Comic Con a couple of months ago. There were figures from Final Fantasy VII Remake as well as familiar Borderlands characters like Tiny Tina and Maya as they appear in Borderlands 3. A few days ago, Weta released a video featuring fans of the series and figures of the new Vault Hunters in celebration of the release of Borderlands 3.

The figures for Amara, FL4K, Zane, and Moze stand at about 9″ tall (with the exception of FL4K due to his upright rifle). Each character has a unique addition to their stand; Zane has explosions setting off at his feet, Moze has bullet casings, FL4K has his skag companion, and Amara has her Siren powers. They each retail for about $119.99 USD, but if you are a collector/superfan, these might find a spot on a shelf or desk of yours. Borderlands 3 is out right now on PC, PS4, and Xbox One.

Which of these figures look best to you? Let us know in the comments below.