This month will have the last of the Season 2 content for Dead or Alive 6. Some of the Dead or Alive 6 DLC has been themed costumes for the entire roster, but this month we will see the return of Momiji, the Dragon Shrine Maiden. She is the apprentice of Ryu and made her debut in Ninja Gaiden Dragon Sword in 2008. Momiji first appeared in a DOA game in 2013. Though developer Team Ninja did not specifically say, Momiji will most likely be the last piece of content included in the Season 2 Pass, as it ends at the end of this month. 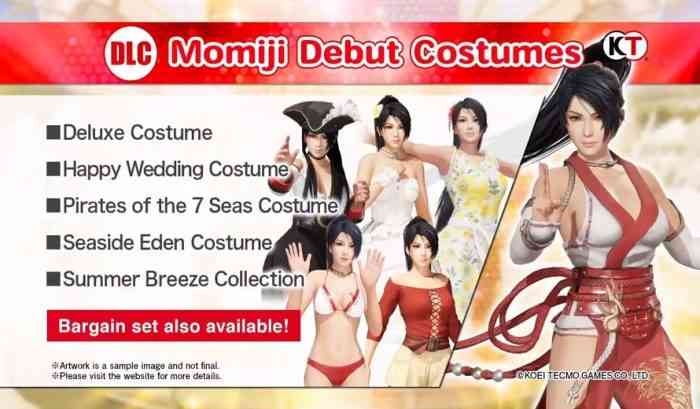 Appearing at the Tokyo Game Show 2019, Koei Tecmo announced that a new character would be joining DOA 6. Yesterday, the official Dead or Alive Twitter account tweeted out the reveal trailer for Momiji. In the trailer, she takes on classic DOA characters like Ayane and her master, Ryu. We also get to see the wardrobe that Momiji will be bringing with her. These costumes include the Deluxe, Happy Wedding, Pirates of the 7 Seas, Seaside Eden, and Summer Breeze Collection costumes, which match the costume packs from Season 1 and earlier in Season 2. The Morphing Ninja Costumes will also be available along with Momiji’s release.

Fighters, Momiji joins the roster of #DEADORALIVE6 with new moves and new possibilities. Check out all the available game modes with her and to celebrate Ninja Gaiden’s 15th Anniversary, make sure you grab your favorite transforming Ninja Costume for your fighter September 19th! pic.twitter.com/BFjeNTQ1kH

Momiji will be joining the Dead or Alive 6 roster this week on September 19th. You can purchase it on its own or get it with the Season 2 Pass. It does not appear there will be a Season 3 for DOA 6, so this might be it.

Did you get all you want from Dead or Alive 6? Let us know in the comments below.

Mortal Kombat 11 Might Have Just Leaked Its Next DLC Fighters
Next
Sorry, Keanu Reeves Is Not a Cyberpunk 2077 Romance Option
Previous
Weta Workshop Shows off Borderlands 3 Figures – In Time for the Game