It’s Not All That Different

Millennial games will probably recognize the Nintendo 64 as one of their first consoles. The controller was interesting to say the least. It looked like something Aquaman would impale someone with. The most recognizable features included the three-pronged handles and the time-bomb of a joystick; that thing has about an average of 1,000 rotations on it before it’s broken. Apparently, this wasn’t Nintendo’s first crack at the controller. An N64 controller prototype has surfaced and it’s got some technical differences that make us wonder about the controller that could have been. 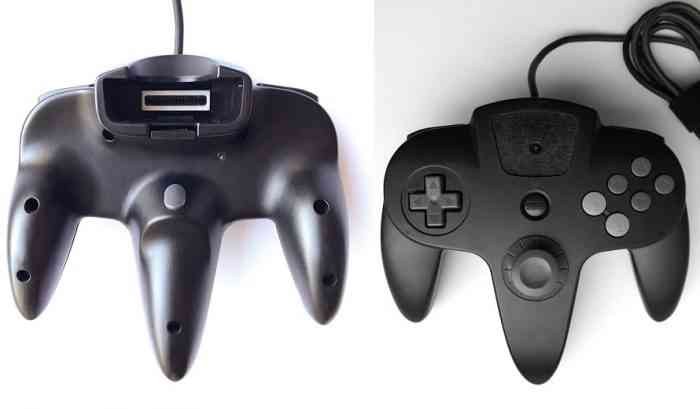 The Twitter user @shanebattye took a bunch of pictures of the controller and dissected it for us all. The first difference that was noticed was the wire. The controller we know had a circular port with space for three prongs, while the prototype used an RJ11 connector. Most of you will know this as a jack for a wired phone, which is a very odd choice. The next difference was the joystick. It had a significantly larger surface with a concave grip like an Xbox One controller. It also had notches around the outside of the rim to help specify the direction it was pointed. If you’ll remember, the N64 controller we grew up with had similar grooves on the inside of the socket.

It houses a thumbstick significantly different to the final retail version and first appeared in a black and white press release photo alongside the Ultra 64 (#Nintendo64) back in 1995. So let’s ‘crack’ it open and see what’s inside… pic.twitter.com/lj3PhSzOEQ

On the underside, the Z button is a little different. Instead of trigger-like button, it looks more like something an evil business man would have under his desk that activates a trap door. It’s also smaller. Shane Battye wanted to dissect the joystick further, but feared irreversible damage and wanted to take the controller on a play test, so we do not know if the joystick is better or not. Everything else looks pretty much the same.

What do you think about the prototype controller? Let us know in the comments below.