You Know, For Beating People With

There have been many attempts to add more violence to soccer. Rugby and American Football are great starts, but they’re pretty light on bludgeoning if you ask me. Guts ‘n Goals fixes soccer by adding cricket bats to beat people with to your heart’s content. It’s crazy that no one has thought of this before. 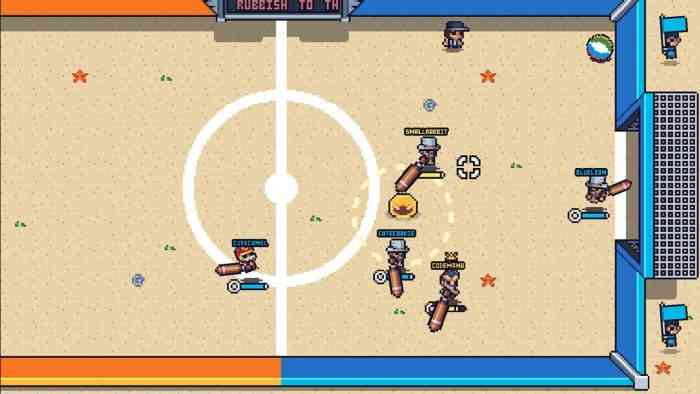 Developer CodeManu has taken soccer and added violence, the kind you can inflict on everything on the field. Your teammates, your opponents, and even the ball, I guess. There will be 20 different characters to choose from, all utterly dwarfed by the bats they wield. Gameplay is predominantly multiplayer and online, which seems like just the chaos you want in a game like this.

The game is set for early access on steam this year, with a full release coming sometime later. You can check out a very brief trailer below for a better look at the game.


Cyberpunk 2077’s Official Gameplay Trailer Will Take Your Breath Away

The Lord of the Rings: Gollum Will Launch on Current and Next Gen
Next
Nintendo Celebrates 130th Birthday Today
Previous
WWE 2K20 Pre-Order Bonuses Laid Out