Nightdive Studios, the studio that’s currently developing the remake of the first System Shock game, announced on Sunday that it was also developing a new edition of System Shock 2. 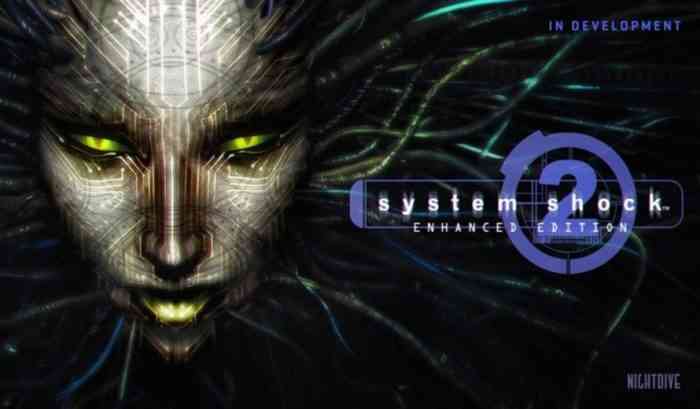 “You asked for it and we are working on it… System Shock 2 Enhanced Edition coming soon!!!” the studio’s Twitter account announced. But what exactly will this new edition of the game bring to the table? Details are currently scarce but Nightdive’s CEO Stephen Kick tweeted that it will have a more stable multiplayer mode than the original’s.

The original version of the game launched in 1999 for PC and was re-released for modern PC systems in 2013. The sci-fi horror classic put players in the role of a crew member of a derelict spaceship that was being run by an A.I. program named “S.H.O.D.A.N.”. Players had to find out what went wrong on the spaceship while fighting off monsters known as The Many.

Though something of a cult classic, System Shock 2 is considered to be one of the earliest examples of the immersive sim genre and the game was a major inspiration for the acclaimed BioShock series.

Atari and Nightdive Working On A Blood Re-Release
Next
DiRT Rally 2.0 Seasons 3 & 4 Arrive Later This Year
Previous
Gearbox Software Wants Fans and Newcomers Alike to Feel at Home with Borderlands 3