Spider-Man Swings Back With Game of the Year Edition

The Spider-Man: Game of the Year edition is releasing on September 7th with all of “The City That Never Sleeps” DLC at the affordable price of $40. Initially Spider-Man cost $60 while the DLC was an additional $25 to complete the story of this Insomniac Games classic. The City That Never Sleeps DLC is a three-chapter storyline that carries on the story of Spider-Man while adding new elements to the story. With Insomniac Games likely working on a follow-up to Spider-Man, new fans will be able to get on board with all the story at a cheaper price. 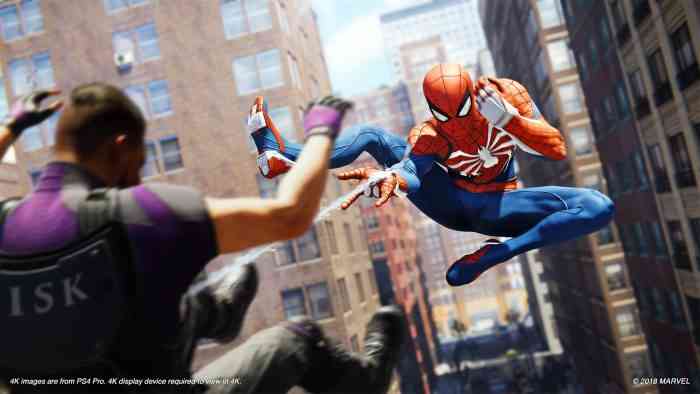 Spider-Man’s release on September 7th which coincides with its initial release’s anniversary. Insomniac Games and Sony were both impressed by the success of Spider-Man on PS4 and they expect the Game of the Year edition to attract any fans that hesitated from purchasing the game and the DLC separately. Thanks to Amazon UK, the information about Spider-Man: Game of the Year edition’s release was leaked slightly ahead of Playstation’s announcement. Since its release, Spider-Man has received a number of free DLC updates akin to a live service game with new suits to swing around New York City in.

Have you missed out on the Spider-Man PS4 classic? We recommend checking out our glowing review of this excellent superhero game right here. Since the Game of the Year edition includes all of the DLC, here’s our review of the last chapter of The City That Never Sleeps. Though the DLC content started out with a miss, it ends with a satisfying finale.

What are some of your favorite things to do in Spider-Man? What are some other Marvel or DC superheroes you’d like to see receive a quality console gaming experience? Let us know in the comments below!

Marvel’s Spider-Man Remastered PC Edition Will Have A Ton Of Features
Next
Ubisoft Executive Has Called Steam’s Current Business Model “Unrealistic”
Previous
Batman: Arkham Knight and Darksiders 3 Are Going to Be Free On PS Plus For September