Skyblivion is a mod that aims to bring Skyrim quality animations, mechanics, etc. to the world of Cyrodiil portrayed in The Elder Scrolls IV: Oblivion. TESRenewal Group is a team of volunteers rebuilding Oblivion in Skyrim and the mod will be completely free upon release to anyone who owns the complete editions of TESIV: Oblivion and TESV: Skyrim. TESRenewal Group claims the mod is starting to look like a complete game and it will be coming to PC on Nexus and Steam Workshop soon, “it’s been a long ride with Skyblivion but we are finally at a point where the end is almost in sight.” 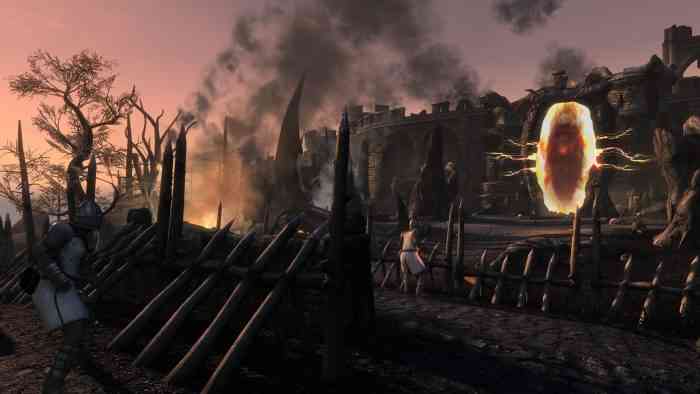 Upon release, Skyblivion will be completely modular, giving gamers the chance to disable various aspects of the mod from the landscape overhauls or rebuilt cities, for example. Development for the mod started in 2012 and the small team at TESRenewal Group expanded from there, volunteering their time to update the world of Oblivion’s Cyrodiil. All of the original quests from Oblivion have been remade in this mod and gamers may come across newly added quests as well.

TESRenewal Group hopes to bring a new generation of gamers to Oblivion while welcoming long-time fans back to the familiar landscapes and characters. We recommend checking out the official Skyblivion website here, especially the gallery of images that show off just how much more visually impressive this mod makes Cyrodiil. TESRenewal is still looking for more volunteers but they saw a spike in volunteers with the release of the “Skyblivion – Return to Cyrodiil” trailer.

What do you think of the world of Skyblivion that TESRenewal Group has crafted? Were you a big fan of The Elder Scrolls IV: Oblivion back when it was on PS3, Xbox 360 and PC? Let us know in the comments below!