An Eldar Scrolls MOBA could be under development. Bethesda’s parent company ZeniMax Media has just filled for a bunch of new trademarks. This could, of course, mean that they are working on the game right now. 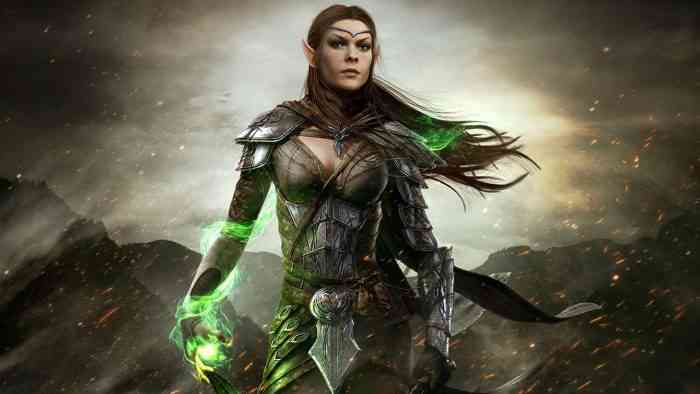 An Eldar Scrolls fan community, called Unofficial Elder Scrolls Pages, has been able to dig up the images that were trademarked by ZeniMax Media. The trademarks were filled only a few days ago on June 4th. One of the images shows two triangles with a scroll going through the middle. There are two versions of this image. One that is colored and one that appears in black and white.

The trademark is for “computer game software,” and therefore can’t be for another new software studio. This has led a lot of fans to believe that this has to be a sign that an Eldar Scrolls MOBA is on the way. There has also been speculation concerning the configuration of the triangles themselves. People have said that they resemble the map of Dota 2 or Leauge of Legends for instance. Only further pushing the idea that a MOBA is on the horizon.

The development of a MOBA would fit the job listings from ZeniMax too. ZeniMax Online has posted job listings for multiplayer games. They have also said that the new game they are working on will be a major new IP. The new game will feature a new engine as well. This means that a new Eldar Scrolls online game is very unlikely.

The Bethesda conference at E3 is happening very soon so we will find out shortly.

What do you think? Would you be happy with an Elder Scrolls themed MOBA? Or do you feel that the Eldar Scrolls universe is best suited for a single player game?