Skyrim Together Mod: Will it Succeed Where Fallout 76 Failed?

Anytime Fallout 76 is mentioned or compared to it almost always is followed by the criticism it has received. It could almost be illustrated with the Vault Boy with the 76 jumpsuit attached to a massive ball and chain that says “HATE”. I think Bethesda’s pride would stop them from officially releasing that image. Thankfully, there is the modding community. Not so that we could see that image, but so that we could have a nice online multiplayer experience for their games. Yes, I know Elder Scrolls Online exists, just shush for now. Skyrim Together is one of the many mod attempts to bring Skyrim multiplayer to fans, but this one might just work out. 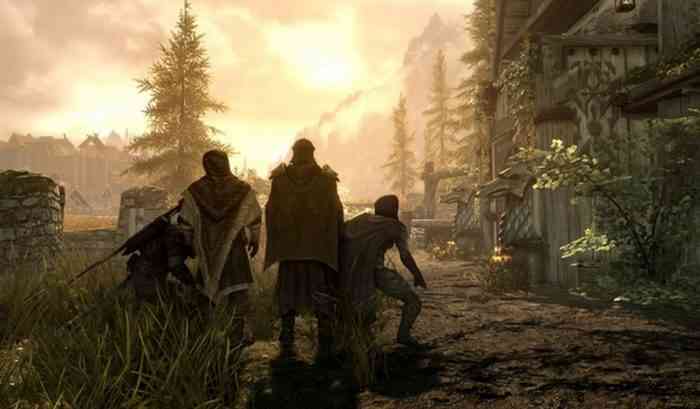 The mod is being worked on by the Together Team, which sounds like the happiest and most wholesome group of people since the Care Bears. Some exciting news is now brought forth by the Together Team: Skyrim Together is entering its closed beta testing “soon”. “Soon” is about the best we can give right now. However, the team does hope to officially release the mod soon after the beta is finished. Once again, “soon” is relative, but the mod is certainly on the horizon.

So, what can we all expect from this mod? Well, it boasts 2-8 player co-op, PVP, PVE, Fast-Travel, Synchronized world events and states, spells, and shouts. Basically this means that it should work mostly how the single player works, just with other players in the game. So, you can shout your friend off a cliff, you can each have your own follower, items will be manipulated by you in your friends’ game. If you have specific questions or queries, they have their own sub-reddit FAQ.

Is Skyrim Together something that piques your interest? Or would you rather just play Elder Scrolls Online? Let us know in the comments below.