In an FCC Application, Nintendo Illustrates a Wireless SNES Controller

After the official Nintendo release of the wireless Nintendo Entertainment System controllers, fans of the Super Nintendo controller apparently have something to look forward to after a recent Federal Communications Commission Application filed by Nintendo. This application hints that the SNES controller is wireless and because of the “HAC” serial number, Nintendo gamers know the controller is made specifically for the Nintendo Switch. Including the familiar shape of the SNES controller, the FCC application also includes what looks like the rails Joy-Con have for sliding onto the Switch unit itself. 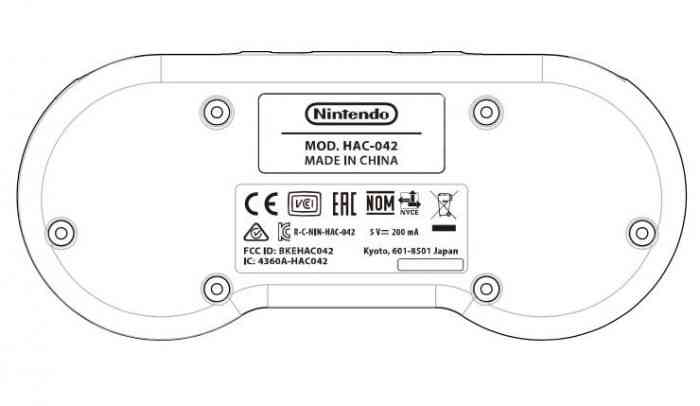 A lot of the speculation following this FCC application is that Nintendo is bringing the much anticipated Super Nintendo library to the lackluster Switch Online catalog of NES games to increase their userbase by providing gamers more incentive to pay monthly. When the NES catalog launched, it was met the release of similar NES controllers for the Switch which would replace the Joy-Con for gamers to give them the distinct retro feel without the cumbersome cables. Similar to the NES controllers, this Super Nintendo controller will apparently charge by sliding onto the Switch unit as well. The Nintendo Switch does currently have a quality SNES style wireless controller produced by third-party 8BitDo but it’s likely the Nintendo one will be used exclusively for the Super Nintendo library should it be introduced to the Nintendo Switch. The FCC application really got analyzed on ResetEra before other publications took a look at it.

Despite any rumors, we can’t deny this controller resembles a Super Nintendo controller even if the FCC only shows the back of it publicly. Do you think this FCC application has anything to do with Super Nintendo games appearing on the Switch Online catalog? What are some of your favorite NES games to play through Switch Online? Let us know in the comments below!