Gears 5 Will Have Player-Friendly Monetization

After confirming that Gears of War 5 won’t have loot boxes, Gears 5 design director Ryan Cleven claims the monetization and customization in the game will be player-friendly. After realizing loot boxes weren’t a good fit for the Gears franchise previously, The Coalition went back to the drawing board on monetization and customization while focusing on keeping the core Gears of War gameplay experience strong. The developers believe they’ve found a way to cater to both players who want to earn rewards and gamers who want to purchase rewards. Gears 5 releases on Xbox One and PC on September 10th. 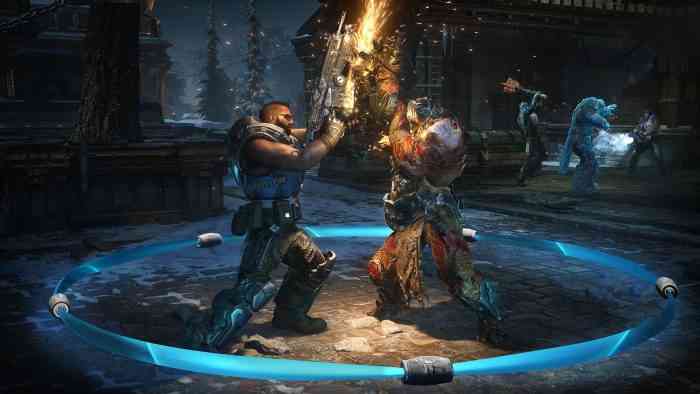 Gamers will unlock many rewards by completing challenges in Gears 5, including the Tour of Duty and their in-game store allows the purchase of cosmetics with a premium currency called Iron. It’s nice that in addition to the missing season pass, The Coalition is also removing loot boxes from Gears 5 as this appears to be the most user friendly Gears game in a while but we hope there are ways to unlock the premium currency through challenges as well. Apparently The Coalition wanted to be ahead of the curve with monetization and customization and if they’re successful, they could set a new industry standard. “We really think we’re ahead of the industry in getting rid of loot boxes and making sure that we can both service people that are looking to accelerate their progression or earn cosmetics using money but also keeping the integrity of the game experience,” said Ryan Cleven.

We’re looking forward to seeing what The Coalition has in store for their monetization and what sort of customization options we can expect from Gears 5. What are some of your favorite rewards that were locked behind loot boxes? What are some player-friendly ways you expect Gears 5 to handle their monetization? Let us know in the comments below!