Wreckfest Arrives on PS4 and Xbox One Next Month

The Demo Derby is Head To Consoles

Wreckfest is a rednecks idea of a racing game. Aside from NASCAR. Wreckfest plays like any other racing game but with the ability to smash into your opponent at full speed. The game launched on the PC last summer and has been praised so far by the people who have purchased the game. The user reviews on Steam are “very positive.” The game looks great graphically too. Every crash, big or small, is caught within the games impressive engine. Never before has such senseless carnage looked so beautiful. 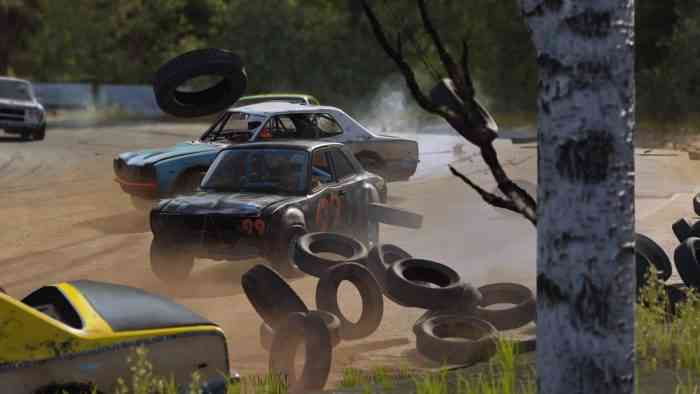 There are no rules in a Wreckfest race. The only goal is to beat your opponents to the finish line. You can bump, crash, and destroy your fellow racers if need be. It has a demo derby vibe mixed in with Mad Max. The progression of the game is great too. You start out in a rather unassuming car and work your way up from there. Upgrades to the car’s engine and other under the hood parts are available as the game carries on. The different combinations that are available are impressive, and will heavily impact how you perform in races. You can also spice up the cosmetic appeal of your vehicle as well. You have to ride in style after all.

The multiplayer portion is where the game really shines. There is nothing quite like totaling the race cars of other real-world players. The satisfaction is hard to match. Hopefully, the console versions of the game are able to match everything that makes the PC version such a good time. If you play on a PC then don’t miss the opportunity to buy Wreckfest at a discount. The game is currently 50% off on Steam as of writing this article. It is well worth the price.