Expect Even Stranger Stranger Things Throughout the Week

With Season 3 of Stranger Things dropping tomorrow, it makes sense that the Fortnite crossover event that’s been teased for months now has made itself more visible, with the full event likely to kick off tomorrow. 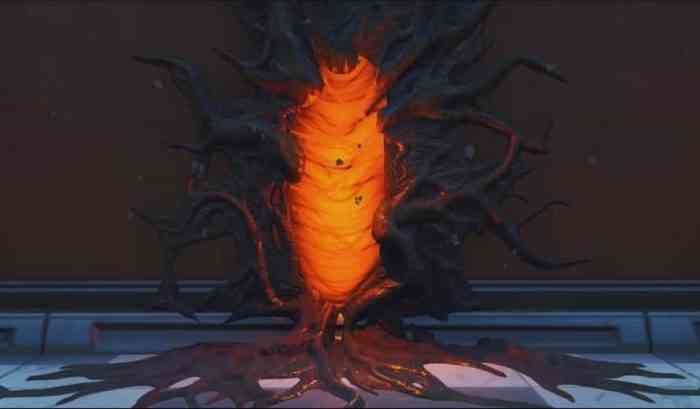 Over at the island’s Mega Mall (where the new season’s ice cream store Scoops Ahoy has already been set up for months), you’ll find some gross and veiny new portals to the Upside Down. Currently, they don’t take you to a whole new world of terror and gross monster throat tubes, but another part of the mall. But, is it really the same mall you came from? Yes. Yes it is. Hopefully when the full event kicks off it adds a little more flair to these stringy boys. It’s safe to expect that when the event is in full swing, there’ll be some nifty cosmetics to go with it.

There’s also ice cream from the aforementioned Scoops Ahoy laying around the mall that players can consume for a tiny +5 health boost.

Stranger Things 3 drops tomorrow on Netflix and Fortnite is currently nearing the end of Season 9 on PC, PS4, Xbox One, Nintendo Switch, and mobile. In other recent news, Netflix is still interested in making a dedicated Stranger Things game, and Fortnite seems to be going along pretty well despite the entire staff being on vacation. Let us know what you think in the comments!