Valve Now Has LGBTQ+ Tag for Games on Steam

It is probably a coincidence that it is Pride month, but Steam has now added a LGBTQ+ tag for games. This comes at the effort of an independent game developer Yitz. Yitz has made the hand drawn RPG Nepenthe and is awaiting the release of To The Dark Tower. Having the right tags can make or break the success of an indie game. With To The Dark Tower on the horizon, Yitz thought tagging it LGBTQ+ would compliment the game. Unfortunately, no such tag was available, so Yitz contacted Valve to change that. 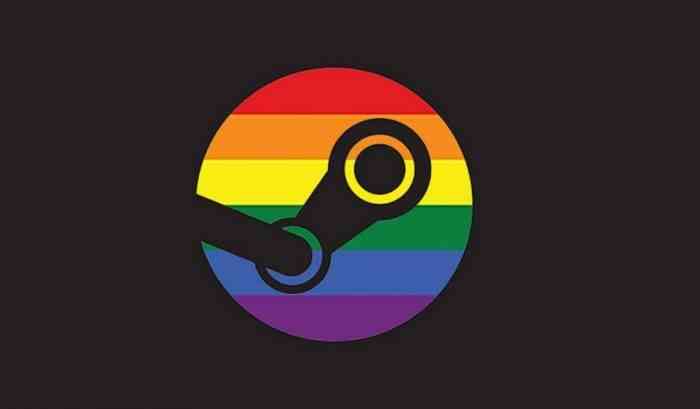 According to Kotaku, Valve would not just flip a switch and activate the tag, but if it were brought up and supported in Steamworks Discussion, they would get the conversation started. “We’re open to approving new tags on a case-by-case basis that make sense as attributes that can be applied to at least a few games. If you have something in mind that isn’t already a public tag, please let us know in the Steamworks Discussions,” said Valve in an email to Yitz. That’s exactly what they did, and it generate quite the discussion. It was not all in support, but enough of a demand was there to finally put in an official LGBTQ+ tag.

Today, the tag is up and running. Titles like Dream Daddies, Mount Your Friends, Gone Home, and the Kitty Powers games are recommended. Various genres like RPGs, Visual Novels, Sims, and however you would categorize Mount Your Friends are all there in the tag. Yitz’s To The Dark Tower has no release date yet, but you know where to look now.

What other kind of tags are we overdue for? Let us know in the comments below.

Foundry, Factory Sim, Turning On In October
Next
Main Elden Ring Character is of the Player’s Own Choosing
Previous
Ed Boon Teases the Return of Mortal Kombat 11 Joker DLC on Twitter