July’s PlayStation Plus Games Make for a Sporty Summer

The July offerings for PlayStation Plus subscribers have been revealed and they’re sure to appease fans who like cars and kicking balls. 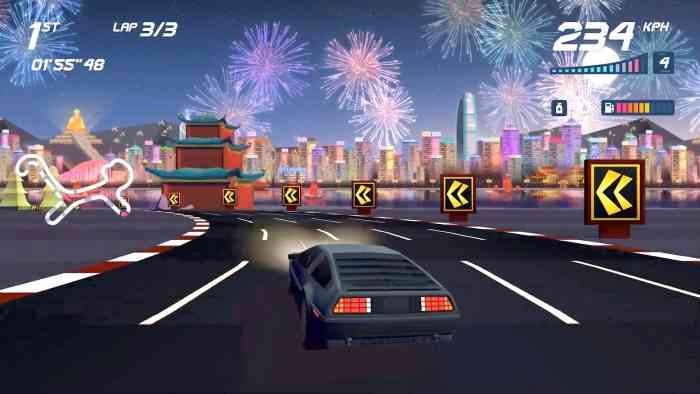 From July 2nd to August 5th, subscribers will be privvy to free digital copies of Pro Evolution Soccer 2019, and Horizon Chase Turbo.

Our very own Ahmed Mohamed gave Pro Evolution Soccer 2019 a 78, saying “Visually, Pro Evo has never looked better, especially for those with a PS4 Pro. There is a huge difference in stadium lighting but facial animations still need to be re-worked. Pro Evolution Soccer 2019 seems to favour fixing most of what was there instead of changing the make-up of the game. While these smaller additions are all well and good, there is a feeling in the football sim community that both Pro Evo and FIFA are due for a generational leap in years to come. However, that starts with getting what’s already there right – and in that regard, PES 2019 passes with flying colors.” You can check out their full review here!

As for Horizon Chase Turbo, our Stephanie Sung gave it an 87, and claimed “Being an arcade game, Horizon Chase Turbo is definitely a must-play for those who reminisce about the good old days. It is basically your favorite retro racing game with enhanced graphics and better sound effects. The soundtrack is akin to what theme songs were like from classic games, but with an improvement in variety and quality. Fun fact – they actually have the soundtrack on Spotify, which is what I am listening to now as I write this review (not sponsored, just impressed). In any case, the game has brought me hours of entertainment, and the next time my friends come over, this will undeniably be a great way to spend time with each other.” You can check out their review as well, right here.

In the meantime, subscribers can still pick up Borderlands: The Handsome Collection and Sonic Mania until July 2nd. Let us know what you think in the comments!