When I first started playing Horizon Chase Turbo, my car enthusiast cousin walked past the living room, stopped midway in his tracks, turned back around, and asked me what I was playing. Instantly we were both hooked as he watched me maneuver through cars on the race track. He would comment: “This car looks like (insert car model here)”, and I would answer, “I have no idea what you are talking about” – a perfect example of two people with different interests enjoying the same game.

Now while I have minimal understanding of the world of cars, Horizon Chase Turbo does not place heavy emphasis on car brands and models, making it easier for someone with little understanding of cars to get into. On the other hand, it is also attractive for those who know exactly what they are talking about, because they can pick details out of each car and compare it to a model in the real world. And let’s be honest, with its bright and colourful palette and smooth controls, even those who have never played racing games would want to give this a go.

There are three different modes of play – World Tour, Tournament, and Endurance. The main one you would play is the World Tour, which is for a single player to unlock race tracks and purchase cars. In each race, you have to watch out for several things: other cars, your gas, coins, and opportunities to boost. Other cars will get in your way, not intentionally, but when you do run into them it can be quite hurtful for placing high in the race. As for gas and coins, you can collect them on the track. Gas is not unlimited and coins are required to proceed in the game, so it is important to make sure you collect both these things during your run. Like most arcade racing games, you can turbo boost in Horizon Chase Turbo so make sure you take advantage of it.

This game is great for people who have never played a racing game and are interested in trying it out. The controls are incredibly easy, and it is actually hard to drive off the race track. There is no need to perform techniques, such as drifting around corners, as it seems to automatically do so on its own. In this way, I feel like the game is geared towards players who just want a fun and effortless racing experience.

However, as simple as the game and controls are, being a great racer and unlocking cars and tracks can be a little challenging. The game does ask for quite a bit, with the expectation that you can place at least Top 3 each time. This placement not only advances you to the next location and puts you one step closer to purchasing your dream car, but even in the Tournament mode you need to make Top 3 to unlock the next tournament. While controls are simple to learn and understand, you also have to be good at maneuvering around the track in order to do well. This requires precise movements between cars while collecting all the necessary coins and gas tanks. 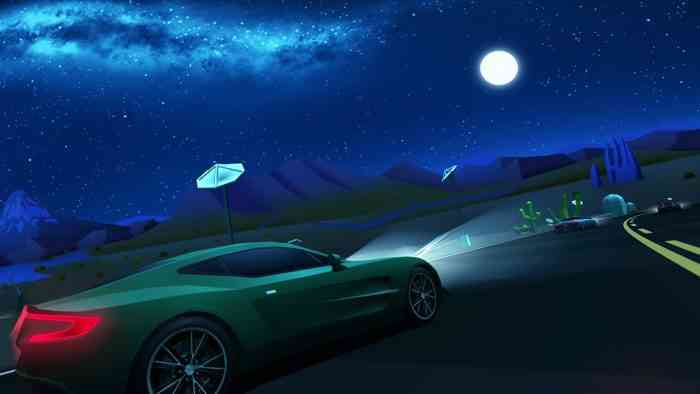 One minor gripe I have about the game is colliding into other cars. There are many cars in the same track, and like most arcade racing games you are always placed at the end of the pack. When the race begins, it seems fairly easy as you effortlessly drive past the first few cars. However, speeding past the next couple of cars can be a challenge, especially if they are clumped together. The most unforgiving thing that can happen to you is you collide into another car – this not only stalls your vehicle causing it to bounce back, but it seems to propel the car you hit even further forward. When this happens, most of the time I restarted the entire race because the cars behind me have caught up by the time I recovered.

Being an arcade game, Horizon Chase Turbo is definitely a must-play for those who reminisce about the good old days. It is basically your favorite retro racing game with enhanced graphics and better sound effects. The soundtrack is akin to what theme songs were like from classic games, but with an improvement in variety and quality. Fun fact – they actually have the soundtrack on Spotify, which is what I am listening to now as I write this review (not sponsored, just impressed). In any case, the game has brought me hours of entertainment, and the next time my friends come over, this will undeniably be a great way to spend time with each other. 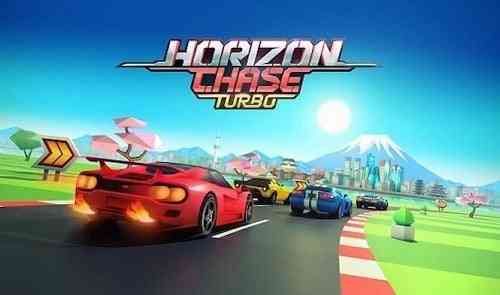