Beyond Good and Evil 2 Concept Art and Details Unveiled

The Beyond Good and Evil 2 team had their fifth Space Monkey Report today, contributing to the pre-E3 buzz by pulling back the curtain on some of the game’s visual art, and gameplay details. 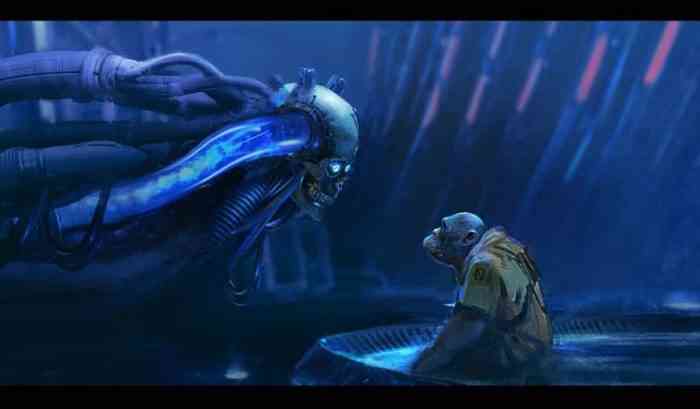 Beyond Good and Evil 2’s story sounds pretty heavy – System 3 is populated by clones and human-animal hybrids. There’s a specific set of monkey hybrids who mine for a highly valuable and volatile mineral named Diwalite, in service of the Chimera Corporation. The mineral is created when meteorites crash into a planet’s sulfur fields, and needs to be gathered within 15 seconds for proper preservation.

Monkeys who don’t manage to hit their Diwalite quote are left behind to die on the planet with their failure. However some of these mining slaves manage to survive, and can be recruited by Space Pirates. That’s where you come in! You can choose to play as a human or a hybrid, and your story will vary depending on who you choose.

A lot of the concept art shows off weird sci-fi monkeys, epic war scenes, and interstellar travel. There’s also a quick look at an enormous pirate lair that hosts the ancient AI, Primera. Some concept art showing off Mammago’s new look was revealed as well.

You can check out the whole video right here. Before the recent reveal that the game wouldn’t be present at Ubisoft’s E3 conference this year, we last heard from the game in December, when we learned that the game will 100% require an internet connection. There’s also a beta set to come before the end of the year. Let us know what you think in the comments!