Have you ever wanted to feel like you’re playing Battlefield while still playing Call of Duty? Then look no further. Black Ops is now offering an all-new 50 vs 50 on their battle royale mode. To say this is over the top is a massive understatement. The chaos and mayhem will be hard to fathom. 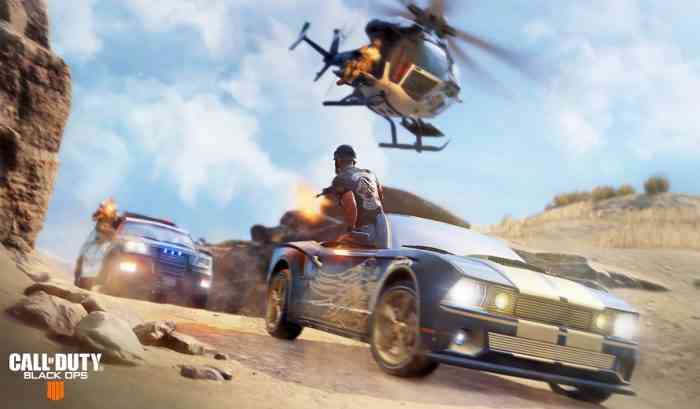 The Blackout mode has by in large been a huge hit for Balck Ops and the Call of Duty franchise as a whole. Battle royale games have been all the rage over the past few years. Really starting with Player’s Unknown Battleground. The on edge excitement that these style of games offer is really hard to replicate outside of that genre.

Fornite has of course been the largest of these games. A cultural phenomenon that could only perhaps resemble Call of Duty or Halo ten years ago in terms of mass appeal and scale. It is hard to put into words how big Fortnite’s influence is. They too had a 50 vs 50 game mode that comes and goes. But Blackout implementing it will be an entirely different experience.

Black Ops is, unfortunately reaching the end of its lifespan as Modern Warfare is going to be released in October. There is still plenty of time left to play and enjoy the game. But its days are numbered. It is good to see the developers still introduce cool and interesting game modes into the online portion. It is not uncommon for developers to totally neglect their games once they have been released. Even a small amount of free content or maintenance is always appreciated by fans.

Will you be checking out the new 50v50 mode in Blackout? Be sure to let us know in the comments below as well as on Twitter and Instagram.