The National Museum of Play has announced this year’s inductees and to be honest, I’m surprised most of them weren’t already included. 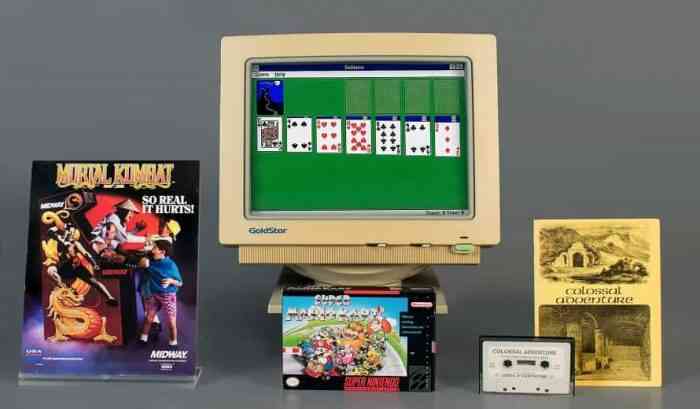 The Class of 2019 is essentially comprised of some of 90’s gaming greatest hits, including the friendship-ending Super Mario Kart, perfect time-killer Microsoft Solitaire, the reason the ESRB exists – Mortal Kombat, and a now lesser-known text adventure from the 70s called Colossal Cave Adventure.

The Museum claims each inclusion has “significantly affected the video game industry, popular culture, and society in general.” These games join a ton of other titles in the Hall of Fame including Final Fantasy VII, Tomb Raider, Doom, Pac-Man, Pong, Tetris, Super Mario Bros., and soon-to-be-movie-star Sonic the Hedgehog.

Some games that were nominated this year but didn’t make it (some of which were left out for the second year in a row), Half-Life, Dance Dance Revolution, Centipede, Sid Meier’s Civilization, Super Smash Bros. Melee, Myst, NBA 2K, and Candy Crush Saga. Some of these are obvious inclusions – others, maybe if you squint really hard and perform enough mental gymnastics, could be considered to have “significantly affected the video game industry, popular culture, and society in general.”

Two of the inductees have stood the test of time and continue to find success, with Mario Kart 8 having been released twice in the past 5 years and is making its way to mobile devices soon, and Mortal Kombat 11 recently releasing for PC, PS4, Xbox One, and Nintendo Switch.