Unfortunately, They Are Putting Ash to Rest

TV Insider caught up with Bruce Campbell to talk about his new role as the host of the Ripley’s Believe It Or Not! reboot. Bruce Campbell, as you probably know, is none other than the iconic horror hero Ash Williams from the Evil Dead franchise. Of course, when you have the chance to talk with Bruce Campbell, there is no way to not ask about Evil Dead. Since the TV show was cancelled, TV Insider asked if there was anything new coming to the fans. Campbell outright said that there is an Evil Dead game coming out soon. 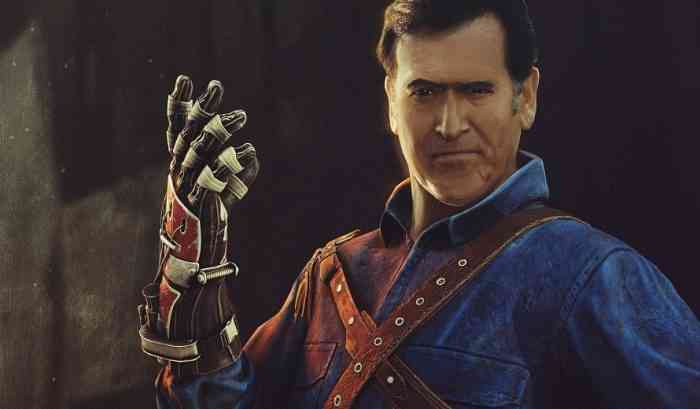 Back in January, Bruce Campbell was asked if a new Evil Dead video game was coming out. He simply replied “Yes”. He also said that there would be another opportunity for fans to play as Ash, but I wonder if he didn’t mean the character’s inclusion into Dead by Daylight. That is probably the case because of what he told TV Insider. “We’ll see more Evil Dead, that’s for sure. There is an Evil Dead video game out. A fully immersive video game probably within a year. I’m not sure about the day. There will be variations of that. There won’t be the original Ash anymore. That guy is done.”

“That guy is done.” It sounds like Bruce Campbell is finally hanging up the boomstick. Also, the way he spoke about the game’s timeline sounds like he either knows exactly what’s going on or has no idea. “Probably within a year” means it’s almost done or he does not understand game development. Who can blame the guy though? The fact that he can say anything suggests his involvement in some way; perhaps an executive producer or something. Anyway, you can expect [Evil Dead video game] “probably within a year.”

What do you predict about the upcoming Evil Dead game? Let us know in the comments below.


Evil Dead: The Game Announces Both Paid and Free Content

Evil Dead: The Game Has Been Delayed, but With a Silver Lining