Evil Dead: The Game Has Been Delayed, but With a Silver Lining

Slow, but steady. Such is the progress of game development and zombies. If you were hoping to be playing Evil Dead: The Game at some point this year, your hopes have just been dashed. Saber Interactive has announced that the release date has been pushed back into next year.

We got a look at the gameplay a couple of months back and it looks pretty good; like a less swarm-y Left 4 Dead or Friday the 13th: The Game if they players had a little more fight in them. 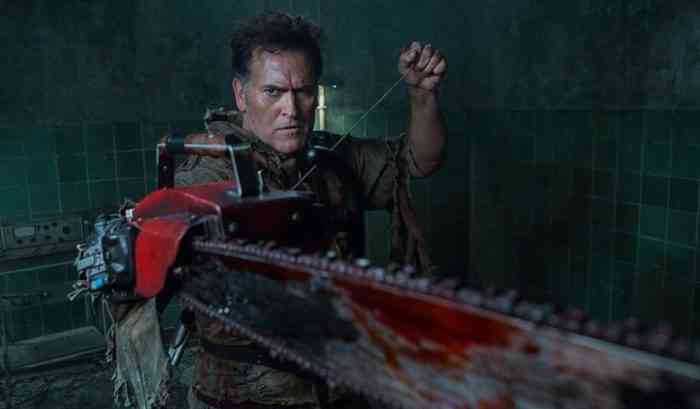 Unfortunately, we will have to wait a little while longer until we are playing as Ash Williams and the other characters from the series. The new release window is set for February 2022, but things are not all bad. On top of taking the extra time to make a polished product, Saber Interactive is also telling us that there will be a single-player component.

Initially, it was looking like Evil Dead: The Game was going to be a multiplayer-only game, but the development team is taking this opportunity to play without online players. You know, in case bots are the only friends you need.

This additional time is also allowing us to implement a single-player option that will let you enjoy the game when you are without your co-op compadres.

Saber Interactive is also telling fans to “stay tuned for more information about new character updates, pre-order availability, and the next gameplay video featuring Bruce Campbell.” We know that Bruce Campbell is lending his voice to the Ash Williams character, but he is also doing things like narrating trailers doing gameplay videos. It is nice to see how involved he is with this game.

Hopefully, this delay will make the game all the better. Evil Dead: The Game is expected to come out sometime in February 2022 for PC, PS4, PS5, Xbox One, Xbox Series X|S, and Nintendo Switch.

Will you be playing Evil Dead: The Game with friends or solo? Let us know in the comments below.