If a Nature Documentary Was a Video Game – Away: The Survival Series

Have you ever been watching a nature documentary on Netflix and wished you could navigate a cute animal away from a predator? Ever wished you could lead it out of its perilous situation to safety? Well, Away: The Survival Series might be right up your alley. In its announcement trailer, it captures the beauty of nature while also showing the brutality of it. It even has a British narrator, which almost every nature doc seems to have. The trailer is under a minute and a half long, but somehow manages to show off multiple action set pieces, almost like a trailer for an Uncharted game. 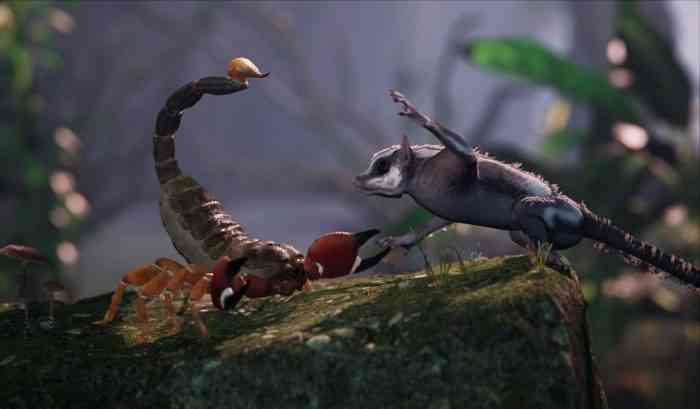 In Away: The Survival Series, the player will control a Sugar Glider. If you do not know what that is, it looks like a cross between a lemur and a pancake; think of a flying squirrel. In the trailer, we see our heroic sugar glider in both predatory and prey scenarios. With as small an animal as it is, the sugar glider can hide in grassy areas from larger predators, but may need to fight off smaller ones. In the trailer, we see fights against scorpions, stealth sections hiding from what appears to be a coyote, and platform areas while navigating treetops.

Who nature could be so action packed? There are some situations that we can hardly believe a sugar glider would find itself in. Having to escape a fire-tornado or ride a fallen tree down a mountain seem unrealistic, but if Nathan Drake can do it… It’s called The Survival Series; is this the first of many nature doc games? Let’s see what the first one is all about. No release date yet.

Will you keep your eyes open for Away: The Survival Series? Let us know in the comments below.


AWAY: The Survival Series Review – An Arduous Trek

Away: The Survival Series Takes Us Into Nature In Late September

Away: The Survival Series Will Bring Immersion To PlayStation 5 This Year
Next
A Hat in Time DLC Adds a New Level and Online Party Play
Previous
Naughty Dog Looking To ‘Close Out’ Development on The Last of Us 2