Breaking Walls just revealed a lengthy video showcasing some of the many wild features the upcoming sugar glider adventure Away: The Survival Series has to offer, and so far this game looks like a great time. The devs actually managed to make something as simple as catching a dragonfly into an epic adventure as the sugar glider soars through the air, veering into air pockets to gain more lift and darting through narrow tunnels in pursuit of an insect snack.

In real life, sugar gliders are legendary for their gliding ability, but they aren’t exactly known for pulling off aerial maneuvers like fighter jets–or, more aptly, Star Fox. However, that doesn’t stop Away: The Survival Series from taking a couple of liberties regarding actual animal behavior, and if this sneak peek video is anything to go by, the risk has paid off.

First, the video shows off the game’s gliding and hunting mechanics, lush environments, and a narrator who might as well have stepped out of an actual nature documentary. Then it begins to go into more detail concerning the setting, revealing that Away: The Survival Series takes place on a future Earth that has been permanently scarred by natural disasters and climate change.

Plants, terrain, and predators all pose serious dangers to your tiny player character. The narrator openly wonders how sugar gliders have survived when so many other species have perished.

The video then shows off the game’s photo mode, which allows you to freeze the action at any time and apply filters to get the perfect nature photograph. Next, it showcases the opportunity to play as animals other than sugar gliders, including a black and yellow salamander and a praying mantis.

New creatures will emerge into the world depending on the day-night cycle, which will also change during specific missions. Players will be able to explore different biomes, dig up clues about what happened to the planet, and battle venomous snakes as bosses. 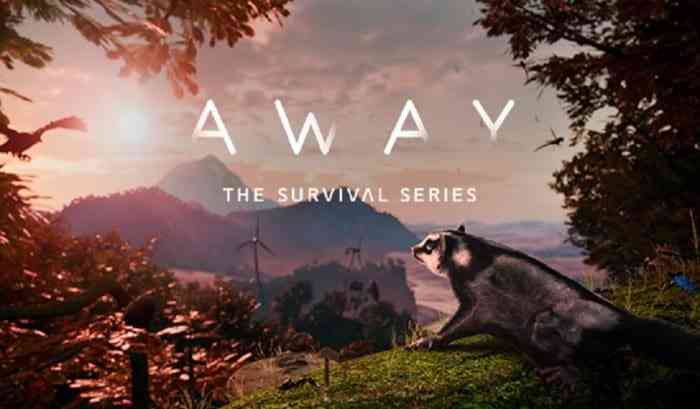 Away: The Survival Series will be available later this summer on PC, Xbox One, PlayStation 4, and PlayStation 5.

Are you looking forward to playing as a sugar glider? Let us know down in the comments, or hit us up on Twitter or Facebook.