Bulletstorm: Full Clip Edition Gets Enhanced for Xbox One X

Bulletstorm Gets the 4K Treatment on Xbox One X

A free 4K update has started to roll out for owners of Bulletstorm: Full Clip Edition on Xbox One X. Once installed, you’ll be able to play this deeply underrated shooter in 4K.

A new patch is rolling out for Bulletstorm: Full Clip Edition on XboxOne today! This patch is adding 4K support to the game! pic.twitter.com/9Jt3ldPhxK

Unfortunately, there doesn’t appear to be any official patch notes from Gearbox indicating what sort of changes has been made. Until then, we can assume the update is similar to past Xbox One X Enhanced games. Enhanced titles take full advantage of Microsoft’s new console to provide 4K TV owners with better image quality and, in some cases, a better game experience. The game already has 4K support on Windows and PS4 Pro, but now Xbox owners can join in on the fun.

Bulletstorm: Full Clip Edition is an updated remaster of People Can Fly’s 2011 first-person shooter released all the way in 2011 for Xbox 360 and PS3. It contains the new Overkill Campaign Mode, where players get to start with every weapon in the game plus access to six new Echo maps. 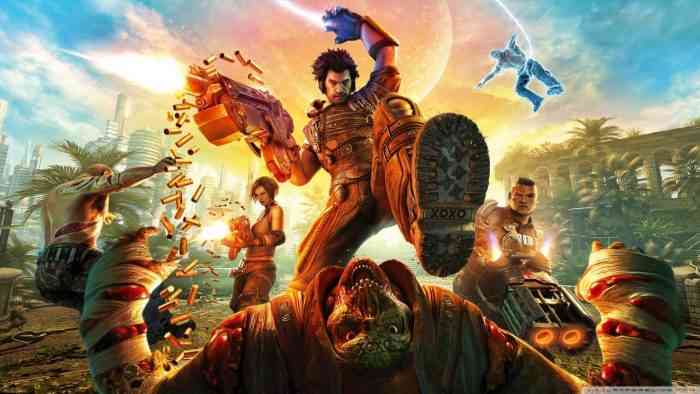 A Nintendo Switch version of the game properly titled Bulletstorm: Duke of Switch Edition will be released sometime in the Summer. It comes loaded with the base game and all DLC in one package.

Here’s what we said about the game in our original review:

“Bulletstorm: Full Clip Edition is a great experience for mature FPS players and is sure to delight. Non-stop, high-octane combat, colorful characters, and slick graphics make it an experience that gore loving gamers can definitely get behind. It carries plenty of co-op multiplayer options, a highly replayable campaign, and some fantastically slick graphical improvements. Adding the Duke Nukem DLC is icing on the cake to what is already a stellar experience.”

Are you looking forward to the 4K update? Let us know in the comments below.