Three Years Later, the Klonoa Film will remain a dream.

Originally announced in 2016, an animated Klonoa film based on the game series was announced as a joint project by the US company Henshin, Inc with Hitoshi Ariga (the manga artist behind the Mega Man Gigamix series, among other things) co-producing. It seems though, over the weekend Ariga has taken to twitter to announce that the film project has been canceled. 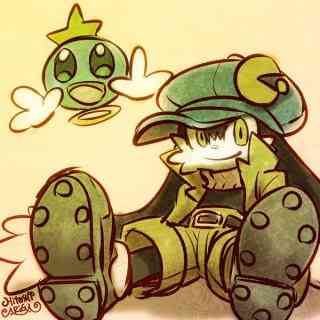 A translation of the initial tweet reads “I have a very painful update to make. The Klonoa animated film project has been cancelled. To all the Klonoa fans who had expectations, I would like to apologize deeply.”

The thread continues , saying that even if the material is good and everyone is putting in their best effort projects may not go smoothly and its hard to pinpoint the specific reason for the cancellation of the Klonoa film. Obviously, the parties involved are disappointed and hope that at some point to share the store they’ve built. Ariga also says that he “is not in a position to explain things” and asks for forgiveness.

He shared the image above in another post, once again apologizing for the cancellation of the project, but also sharing pride that Klonoa still had influence to even inspire a film and does mention that he does still hope to give Klonoa another journey sometime.

While this is was an animated feature, both the Sonic and Detective Pikachu films are live action and are arriving soon. Video game movies dont always have the best track record – but what’s one that you think might be able to break that spell if done extremely well? Let us know in the comments below.

Borderlands Film Production Kicking off Soon
Next
Nintendo Might Move Away from Console Development to Focus on Smartphones, Theme Parks, and Movies
Previous
Target Is Hosting a Huge Nintendo 3DS Sale with Games Starting at $1.99