Soulcalibur VI to Receive Nier: Automata’s 2B as DLC

Video game publisher Bandai Namco has pounded fists with Square Enix and Platinum Games, explained by the arrival of 2B in Soulcalibur VI. Since it is a fighting game whose predominant imagery is swords, they couldn’t have chosen a better fighter. 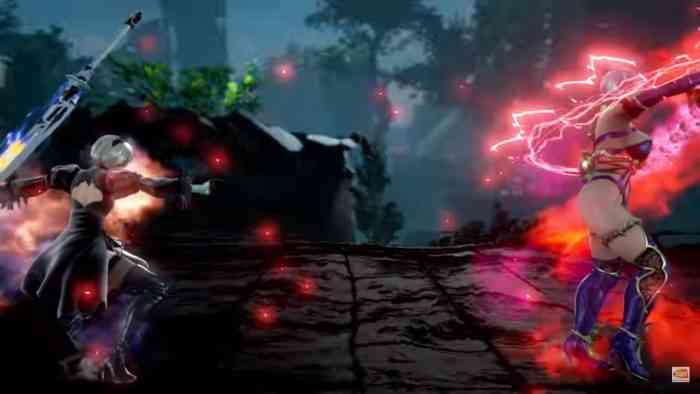 NieR Automata’s 2B will be available to download on December 18, 2018. She’s available as a standalone purchase or with the game’s season pass, and the purchase isn’t limited to the character. 2B comes with a set of stickers, her very own stage, a set of weapons, and an alternate costume. The costume, for those who’ve played NieR, comes directly from the DLC that’s packaged in the recently announced Game of the YoRHa edition.

In Soulcalibur IV, 2B’s move set has been faithfully adapted. The translucent spins and blade attacks have carried over, alongside some of her dialogue snippets and special movies. Even the pod stuck around to offer moral support and additional firepower. Fans of the character and the fighting game franchise may be in for a treat.

Stand ready for battle: @NieRGame’s 2B will bring her blades to the stage of history on December 18th! Get your copy of @SOULCALIBUR VI: https://t.co/MRVo8jf5nX pic.twitter.com/5y4FZ4BwFy

Soulcalibur VI is available now for PC, PlayStation 4, and Xbox One. Our very own review sung the praises of in-game combat and narrative, a snippet of which is available below.

“As a fighting game, the attention in-game is focused on the characters and the environment, and Soulcalibur VI nails them both relatively well with just a few minor hiccups on an Xbox One S While the details appear to be on point, the special effects during a Reversal Edge or a Critical Edge make the fight that much more exciting when they occur. Likewise, the dialogue both before battles as well as over the course of the story modes is done well. Overall, the presentation of the game was sufficient in engaging players and providing an interesting narrative.”