The City That Never Sleeps Gets Ready For Bed

The final installment of Spider-Man DLC is called Silver Lining, and will bring back Silver Sable in a follow-up to the events of previous DLC Turf Wars.

Turns out all the tech Hammerhead stole back in the Turf Wars DLC belonged to Silver Sable, and as you can see from the trailer, she would like to speak with Spider-Man’s manager regarding his public service performance. Hammerhead himself makes a comeback in what looks like a most unsettling marriage between man and technology as well.

In addition to the return of blonde Maria Butina and rock ’em sock ’em robots, the DLC will include a handful of new threads for Spidey to swing around in, as is tradition. 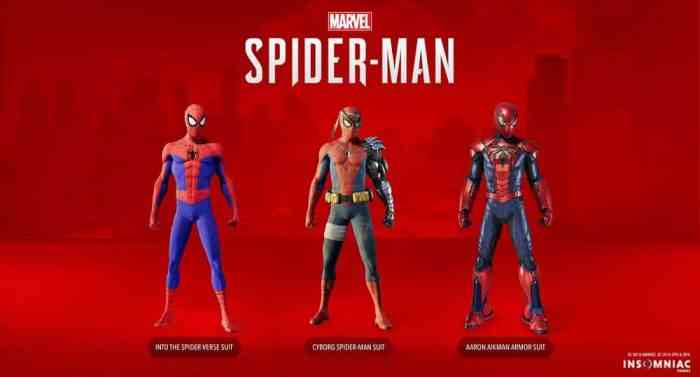 It comes with the obligatory movie tie-in suit, as well as the cyborg Spider-Man suit which, let’s be real, looks more like a pirate than anything else, and the Aaron Aikman armor suit, or as I like to call it, Spider-Man X (because it looks like if Mega Man X had Spidey armor!).

The DLC launches on Friday, December 21st. Those who picked up the DLC pass will be able to download it at no extra cost as soon as it’s available, and those who did not can grab it a la carte for $9.99 USD.

Be sure to check out our review of Spider-Man and it’s other DLC, The Heist and Turf Wars, and let us know in the comments if you’ll be checking out Into The Spider-Verse this weekend!

Marvel’s Spider-Man Remastered: No Plans For Standalone Version In Place
Next
Soulcalibur VI to Receive Nier: Automata’s 2B as DLC
Previous
Metro Exodus Goes Gold and Gets a New Launch Date