Spider-Man: Turf Wars DLC Review – This Mob Ain’t Big Enough for Both of Us

The game of cat and mouse is over for now, and we’re putting Black Cat on the backburner as we pursue the newest of Spider-Man’s enemies: Hammerhead. In the latest Spider-Man chapter, Turf Wars, we step into the world of mobsters — except this time, instead of cigars and trench coats, these mafia members have Sable tech. A lot of it.

In a brief but action-packed new campaign, we are introduced to the power struggle encapsulating the mafia families called the Maggia, and Hammerhead, who is waging an all-out war trying to dominate the other crime lords. While none of the new content is groundbreakingly original, the new suits, character developments and mobster undertone make for a super fun excuse to swing back into the game.

In the previous chapter, The Heist, we dealt mostly with stealth-based missions in between moments of trailing Black Cat. In Turf Wars, the action is heightened within mere minutes of the start of the campaign. The chaotic-by-nature battles are busier than ever, with hordes of enemies firing RPGs and miniguns at every turn while Hammerhead lackeys charge toward you donning all manner of high-tech Sable gear. Moments of calmness are few and far between, as most of the content in the DLC revolves around punching and swinging your way through the disappointingly short story.

The intriguing part of the Turf Wars story has little to do with Hammerhead, and more to do with Yuri Watanabe’s plot development. Our stone-cold, Spider-Cop ally has stepped into the frame, showing more dimension and complexity than the previously hidden-behind-the-telephone character we’ve come to know. Her role in the main story is foreboding but goes relatively unexplained, and further intel on her connection and raw emotional ties to the Maggia can actually be found while infiltrating different Hammerhead hideouts around the city. The short main story could have benefited from taking these pieces of intel and unpacking them more in the spotlight, but it could be that the game is trying to weave her in more delicately: a calculated choice, since hardcore fans of the comics know where her path is likely to head.

At this point, the Spider-Man mechanics are comfortable and familiar, but this is not to say the game has gotten any easier. Almost every mission took me multiple tries due to the sheer chaos of the battles, and going up against enemies with Sable tech as opposed to standard thugs took some readjusting to. The challenge was humbling to say the least, since gadgets, end-game mods and suit powers, and dozens of hours of experience over the last couple of months only got me so far.

Turf Wars features a handful of regular fights, one mission where you must interfere with the enemies’ intents to bury a pit full of people in cement, and a boss battle against Hammerhead. The integration of a boss battle into this DLC was strongly appreciated, as it felt sorely skipped-over in The Heist. The Hammerhead battle is pretty difficult, and attempting it easily tacked on an extra hour to my gameplay time. The Hammerhead bases (called Hammerhead Fronts) also dole out a healthy challenge, set in traditional mobster environments such as distilleries and speakeasies. These bases also have yankable ceiling objects like chandeliers and ceiling fans, which adds a new and amusing way to crush your enemies both in stealth and in combat.

In addition to the Hammerhead Fronts, new Screwball challenges are also available as district activities. It seems that we’re going to be seeing many more of these in future chapters, since the completion of her challenges cuts us off before we can officially track her down. This is a little irritating since the Screwball angle already feels stale, and it would have been nice for fresh district activities to be available rather than the same recycled concepts scarcely scattered across the top of the map. In the same fashion as the previous chapter, there are a few new Screwball stealth and combat challenges, as well as one gadget challenge that prompts us to defeat enemies using only Web Bombs and Concussive Blasts — a feat that, if nothing else, showed me a new method of stylish combat to apply in future battles.

Overall, Turf Wars felt much more exciting than The Heist in terms of action and combat. The three new suits are way more badass, with the first two being heavy-duty, Iron Man-style get-ups and the third being an insanely satisfying, animated surprise that you’ll have to unlock yourself to admire. The enemies feel more dynamic, and while the content is limited, the story is short, and the plot is easy to feel indifferent towards, Turf Wars is fun and leaves us wanting more in the way of Yuri’s ominous storyline. 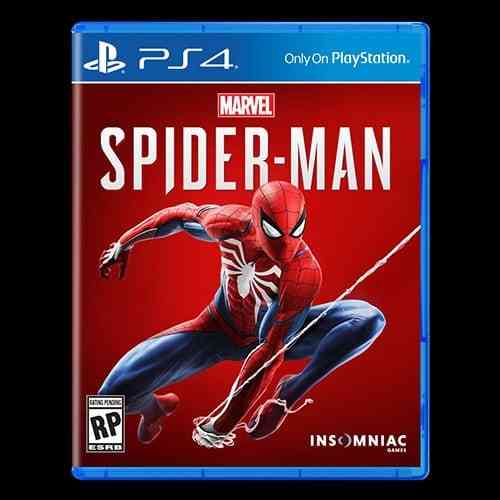