‘Console Wars’ Novel is Being Adapted Into a TV Series

‘Console Wars: Sega, Nintendo and the Battle that Defined a Generation,’ the popular book by author Blake J. Harris, is being made into a TV series. 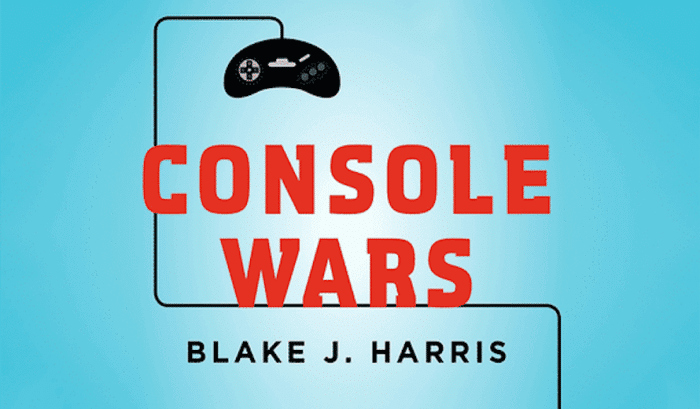 The deal was announced by Legendary Television where they confirmed plans to adapt the novel into a limited drama series. The book tells the behind-the-scenes story of how Sega took on Nintendo during the 90’s and revolutionized the vidoe game industry into what it is today. It’s considered essential reading by gamers.

Kong: Skull Island director Jordan Vogt-Roberts is set to direct the pilot episode which will be penned by Mike Rosolio, known for his writing credits on American Vandal and Sean Saves the World. Seth Rogen and Evan Goldberg will produce the series under their Point Grey Pictures label with James Weaver. According to Variety, Scott Rudin and Eli Bush, Julian Rosenberg of Circle of Confusion, Harris and Jonah Tulis of Flying Penguin Pictures, as well as Vogt-Roberts and Rosolio will also have producer credits.

Back in 2014, Rogen and Goldberg had signed on to work on a Console Wars movie. It appears those plans have evolved into a TV series run instead. This isn’t the pairs’ first foray into television either; they’ve produced AMC’s Preacher and Hulu’s Future Man. They also have Showtime’s Black Monday and Amazon’s The Boys currently in the pipeline.

Aside from directing Kong: Skull Island, Vogt-Roberts directed the movie The Kings of Summer and directed the pilot episode for You’re the Worst. He also created and directed Mash Up on Comedy Central. He is currently attached to the Metal Gear Solid film adaptation.

There are no premiere dates or TV networks that have been announced. We’re positive we’ll hear more as production picks up.

What are your thoughts on a Console Wars TV show? Leave a comment down below.

Neopets Still Exists, Is Getting A TV Show

5 Things We Loved (And Hated) About Netflix’s ‘The Witcher’